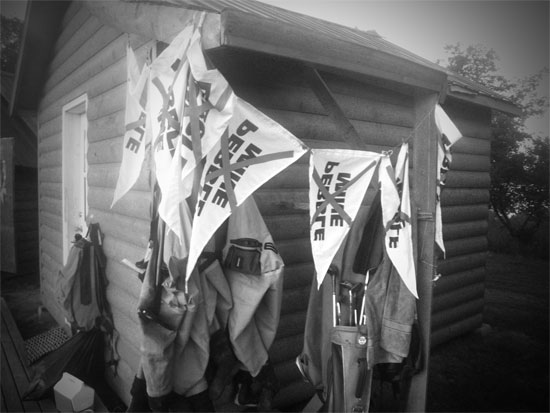 Editor’s Note: Don’t get “Pebbled Out.” It’s been a long, hard fight, but the fly industry is approaching a point where we must be more cohesive and vocal than ever.  And if we do so, we can win this thing…

While the debate over the proposed Pebble Mine in southwest Alaska’s famed Bristol Bay region has seemingly been around forever, it is reaching a critical stage in late 2013.  While “forever” may be an exaggeration, the discussion has been around for eight years, and during that time, the fly-fishing industry has been on the front lines of what many view as the top-tier freshwater fisheries conservation battle of our day.

Those associated with fly fishing have engaged in many ways.  Individual anglers have commented to the U.S. Environmental Protection Agency, written letters to and met with their members of Congress, slapped the ubiquitous No Pebble Mine decals on their rides, and more.  Trade associations and the companies that supply our gear have donated cash and product to support the efforts of those working day in and day out to ensure Pebble never comes to fruition.  Magazines and web sites have donated space to run public service advertisements.  Fly shops and film tours hand out educational materials in their stores and at their events.  TU and FFF chapters have shared information with their members who’ve become further engaged.  It’s been a real team effort.

And it’s paying off.  In early 2013, the EPA released the second draft of its Bristol Bay Watershed Assessment.  If you want to read the minutiae in the report, you can find it on the EPA’s official web site for Bristol Bay (http://www2.epa.gov/bristolbay).  The bottom line still boils down to the fact that construction of a large mine in the headwaters of the planet’s most productive wild salmon fishery will have serious impacts to the waters that support the fishery.  It’s what nearly 1,000 sport fishing and hunting groups and businesses have been saying all along: Large-scale mining is simply not appropriate in this location.  This isn’t “all mining is bad,” but it is “mining in Bristol Bay is BAD.”

At that point, the angling community will need to join with Alaska Natives, sport hunters, commercial fishermen, jewelers, chefs, restaurants, and the general public to call on President Obama to take a bold action to protect the world’s most prolific wild salmon fishery.   To sit on the sidelines of this battle is unacceptable.  This fight will one day be viewed as one of the signature victories in fisheries conservation history.  But only if we keep up relentless pressure.  You’ve helped the campaign get this far, now let’s finish this thing!

Stay on top of Bristol Bay happenings at www.SaveBristolBay.org.