The Orvis Company today announced that it will acquire Scientific Anglers and Ross Reels from 3M.  The agreement is expected to be completed in the second quarter; specific terms were not disclosed.

The companies will be run and their products marketed as separate entities, with SA maintaining headquarters in Midland, Michigan, and Ross basing in Montrose, Colorado.

Jim Lepage has been appointed president of Scientific Anglers and Ross, and he will move to Midland to run both companies.

SA has for many years produced base fly lines for Orvis; Orvis finishes lines with its proprietary coatings and loop technologies at its own production facility in Manchester, Vermont.

Here’s the upshot of this deal for retailers.  These businesses will be run independently (SA/Ross and Orvis), at least for the foreseeable future. That means no SA branding or Ross products in the Orvis catalogs or on the company website. In the context of direct-to-consumer sales, SA and Ross will remain largely wholesale entities.

It also means that two significant product lines that were under the management of a technology and consumer products company (3M) will now be owned by an outdoors-focused, privately-owned company (Orvis) that has traditionally been one of the major players in the fly fishing industry.

This is a significant development that will have lasting impact on many fly fishing businesses.  Stay tuned to Angling Trade for more coverage and commentary.

Here is the press release:

The Orvis Company, Inc. of Manchester, Vermont today announced it has entered into a definitive agreement to acquire the Scientific Anglers and Ross Reels businesses from 3M (NYSE:MMM). Upon completion of the transaction, Orvis plans to continue to operate the Midland, MI based business independently under the Scientific Anglers brand. Ross Reels will also continue to operate independently under its brand name from its Montrose, CO headquarters. The transaction is expected to be completed in the second quarter.  Terms of the transaction were not disclosed.

“We think both businesses have incredible opportunities to drive fly-fishing innovation well into the future,” said David Perkins, Orvis Executive Vice Chairman. “Jim Lepage will move to Midland and from there he will be dedicated to running both S.A. and Ross. He and the excellent teams already in place will build these strong brands for the future. Neither consumers nor the trade will likely notice much of a difference in the branding of these businesses under Orvis ownership. What they will notice is renewed marketing energy, well-supported sales and service staff and an even higher level of new product innovation.”

Ross Reels is well-known for an excellent line of mid-priced fly reels highly regarded by fly fishers.  Scientific Anglers, founded in 1945, developed the first fly line to utilize a tapered plastic coating, the first modern floating fly line that could be fished without constant applications of messy line dressing, and the use of glass bubbles or micro balloons in floating fly lines, revolutionizing floating fly lines and still the major technology in floating lines today.

“Our goal is for Scientific Anglers to be the world leader in fly lines, leaders and tippet, and for Ross to be the leading innovator in American-made fly reels,” said Jim Lepage, newly appointed President of both businesses. “We plan to maintain strong investment in R&D at both businesses and we intend to bolster their sales and distribution resources here in the U.S. and build both brands internationally.” 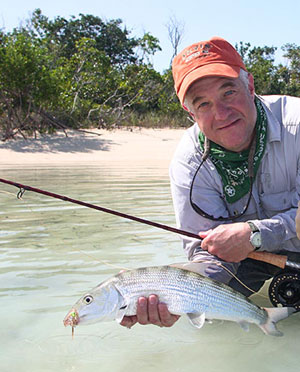 Lepage, trained as an aerospace engineer, is a consummate outdoorsman and fly fisher, equally adept at hunting wild turkeys and trophy whitetails as he is with a fly rod.  He holds a world record for Atlantic bonito on the fly rod and has fly fished from his home in Vermont to the spring creeks of New Zealand and most places in between.  His proficiency in the field is matched by his business sense and his significant skills in managing complex manufacturing operations.

“When Jim Lepage called me to tell me that Orvis had acquired SA and wanted me involved again I was excited! I’ve known Jim for many years and have worked closely with him developing fly lines for Orvis. We see things the same way when it comes to fly fishing and fly lines and both have a passion for fly fishing and the outdoors in general. Jim is one of the most innovative product developers I know, it will be fun to work with him again. It will be great to work with the staff at the SA factory too, that was a hard place to leave.”

Both businesses will maintain their current operations, facilities, employees and independent sales representation. Lepage will relinquish his responsibilities as Vice President of Rod & Tackle with Orvis to be fully committed to his new role as President of both companies. Lepage is relocating to Midland, where he says he will consolidate R&D for both S.A. and Ross.

“There is no plan for Orvis to carry Scientific Anglers-brand fly lines in its catalog, stores or website, nor are there plans to more widely distribute Orvis products through S.A.’s established wholesale accounts. Each brand must remain focused on being the leading innovator in their respective product categories and distribution channels,” Lepage said. “Maintaining that clarity will be the key to our success.”

About The Orvis Company
Founded in 1856, Orvis pioneered fly fishing and the mail order industry in the United States. A leading corporate steward for the environment, Orvis contributes 5% of pre-tax profits every year to protect nature. Learn more at www.orvis.com.