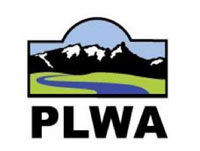 A 2012 ruling by a Madison County judge that a right-of-way easement on Seyler Lane over the Ruby River south of Twin Bridges, Mont. applies just to the roadway surface, not the borrow pits or bridge abutments, has been appealed by the Montana Public Lands/Water Access Association. The Montana Supreme Court will hear the case on April 29 on the campus of Montana State University in Bozeman.  A cross appeal has been filed by James Cox Kennedy, the involved  landowner .

PLWA, along with most of Montana’s anglers, believes the right-of-way is the full fencepost to fencepost width and that recreational use is allowed just like any other legal use. From their website: “The opposing attorneys argue that the scope of the easement is just for ordinary vehicular travel for a 16-foot right of way. PLWA contends that the scope of use on the easement includes all legal uses such as herding cattle, road maintenance involving the borrow pit, recreational use, etc., all of which require much more than 16 feet… The other side contends that the width of the road is the ‘travel way’ or the 16 or so feet of the hard surface – unlike county roads which have a 60 foot right of way. PLWA contends that it is at least 40 feet based on historical use during the prescriptive period. PLWA also contends that whatever the width of the prescriptive road, it does not narrow at a bridge.” If the right-of-way covers only the road surface on prescriptive easements, children waiting for a school bus or motorists changing a flat tire would be trespassing.

PLWA previously won a similar case regarding the Ruby River’s Lewis Lane bridge (the next bridge upstream on Kennedy’s property) that upheld fishing access from  the bridge, stating that the road right-of-way and the river right-of-way overlap. Lewis Lane is not a prescriptive easement, thus is not a precedent for this case. These rulings have promoted a cross appeal to the Seyler Lane case by  the landowner, saying that the whole Montana Stream Access law is an unconstitutional “taking” of his streambed  property.  The entire Montana stream access law is at risk !

For more information, visit www.midcurrent.com/2013/03/05/montana-stream-access-on-trial-again/, or navigate through “Conservation” tab.

The public can support PLWA on this case and multiple public-access cases statewide, by becoming a member for $20 annually (www.plwa.org). It has also set up the “Stream access defense fund” specifically to defend Montana’s fabled law against the big-money opposition. All funds donated to PLWA between now and June will default to the fund; after that a note in the memo section of your check can indicate that you want the money directed to the funds.

To support PLWA and stream access in Montana, the public is encouraged to attend the hearing at 9:30 a.m. in the Strand Union Building, Ballroom A on the campus of Montana State University in Bozeman.

Also, please read the next print issue of Angling Trade for a commentary on access by Geoff Mueller.