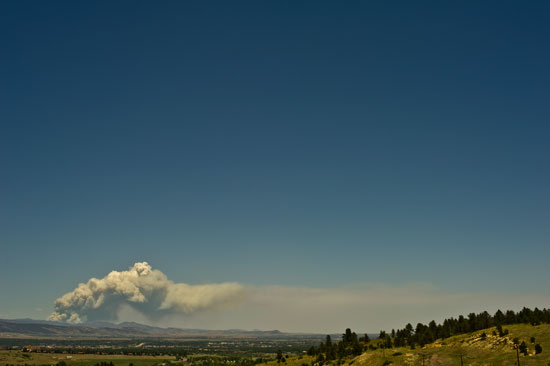 As many of you have seen in the news, Colorado is experiencing its worst drought year since 2002, and the fire season is erupting in full force, and as we send this, triple-digit temperatures are making matters worse. The question is—and it’s a serious concern—what will the ultimate impact be on the fly shops and anglers in this state?

The Springer Fire is reportedly contained, but it forced the closure of Elevenmile Canyon, a key angler access area on the South Platte.

The state’s high priority blaze at this point is the Waldo Canyon Fire, burning west of Colorado Springs. This fire is reportedly zero percent contained, and it has consumed over 3,600 acres since Saturday.

There are a number of other fires burning throughout the state including near Durango. Stay tuned for more information. These regions, their rivers, and the businesses that depend on them, are going to need your support and prayers in the coming weeks.