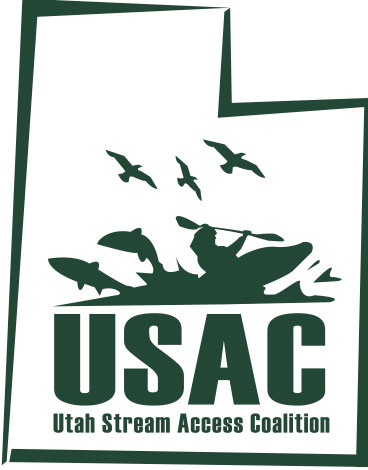 It was a positive step, though it did not fully resolve all stream access issues in Utah.

According to a USAC announcement: “It did resolve several highly-contested issues in favor of stream access, including: (a) the waters flowing in Utah’s rivers and streams are and have always been owned by the public; (b) the public has an easement to use its public waters in place for any lawful purpose, including all recreational activities that use the waters; (c) these rights are protected by Utah’s Constitution; and (d) legislative authority to regulate the public’s right to use its public waters in place is limited by public trust principles. Judge Pullan also ruled that the Legislature exceeded its legislative powers under the Utah Constitution when it passed H.B. 141.

Judge Pullan requested further briefing on whether H.B. 141’s access restrictions violate public trust principles. USAC counsel is working on the supplemental briefing and is cautiously optimistic that those efforts will result in a favorable ruling on that issue.”

To help its members understand the implications of the ruling, we USAC is holding general membership with the USAC legal team. This meeting will take place tonight (May 24) 7:00 p.m. at the Murray City Library Auditorium (166 East, 5300 South).

USAC also noted that the ruling did NOT overturn the existing law.  Any questions regarding where anglers can and cannot legally fish should be directed to Utah’s Division of Wildlife Resources DWR. Telephone numbers for the DWR and its regional offices can be found here: http://wildlife.utah.gov/dwr/about-us/contact-us.html