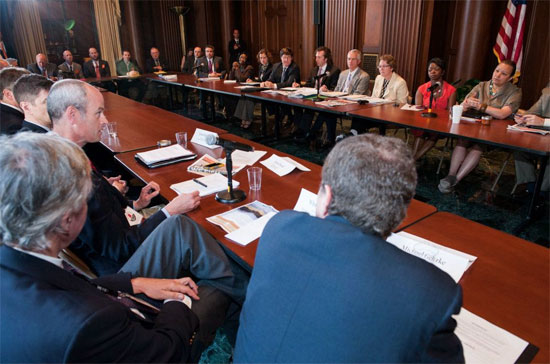 The American Fly Fishing Trade Association’s new general manager Ben Bulis was part of a contingent of sportsmen and conservation organizations that recently visited Washington, D.C., to lobby on the Hill on behalf of Bristol Bay, Alaska, in opposition to the proposed Pebble Mine.

Most of you in the fly fishing industry are acutely aware why Pebble is an major concern for anglers, but in a nutshell, the mining interests plan on containing up to 10 billion tons of toxic waste behind earthen barriers, in the most seismically-active region in the world… which also happens to include the headwaters for the world’s largest wild salmon fishery.

The Environmental Protection Agency will be releasing a draft watershed assessment for public review and comment in the near future.  At that time, we encourage all stakeholders in the fly fishing industry to make their voices heard.

For now, Angling Trade hopes you’ll join us in congratulating and thanking Ben for “hitting the ground running,” letting his voice be heard, and representing the industry well.