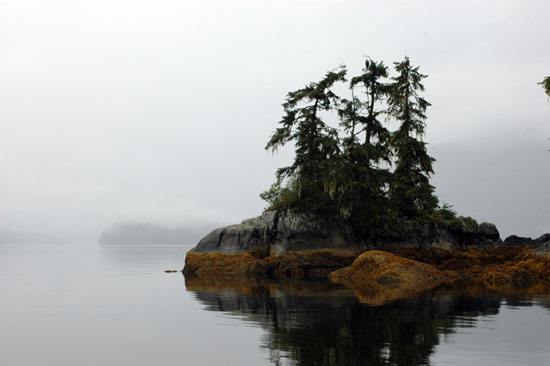 Juneau, A.K. — A group of Alaska commercial fishermen, anglers, guides, naturalists and tour operators are in Washington, D.C., this week to advocate for more conservation and restoration of fish habitat in the Tongass National Forest in Southeast Alaska. The group, together with Trout Unlimited, Alaska Program, and Sitka Conservation Society, is meeting with key lawmakers and agency leaders to seek critical changes in the management of America’s largest national forest, a top producer of wild salmon. They want conservation of critical salmon habitat and watershed restoration to become higher priorities for the U.S. Forest Service in Southeast Alaska. The group is also delivering dozens of letters from individual fishermen asking the Forest Service to make salmon a priority in the Tongass.

“Salmon and trout alone are a billion-dollar industry in Southeast Alaska that sustains more than 7,000 jobs either directly or indirectly. And yet the Forest Service budget remains squarely focused on timber and road building. It doesn’t make sense given the enormous value of fisheries in the region,” said Sheila Peterson, a Juneau commercial fisherman and co-owner of a direct marketing seafood business.

The U.S. Forest Service is the lead agency that manages the 17-million-acre Tongass National Forest, part of the world’s largest coastal temperate rain forest that covers most of Southeast Alaska and produces tens of millions of salmon every year. Southeast Alaska commercial salmon fishermen landed nearly 74 million fish during the 2011 season, a harvest worth more than $203 million—the most valuable in the state.

Sport fishing is also big business. Salmon and trout anglers in Southeast Alaska spent an estimated $174 million on trips, gear, and related expenses in 2007, according to economic research commissioned by Trout Unlimited. The total economic output related to their purchases that year is estimated at $358.7 million. Salmon and trout angling also supported 2,334 jobs and generated $84.7 million in personal income in 2007. On average, sport anglers catch 900,000 salmon each year in Southeast Alaska. They also catch halibut, steelhead, trout, char, rockfish, lingcod, and other species.

Because of its stunning beauty, the Tongass draws more than 1 million tourists to Southeast Alaska every summer. Many come aboard cruise ships to view the forest’s snowcapped mountains, tidewater glaciers, pristine fjords and abundant marine and terrestrial wildlife, including brown bears, wolves and humpback whales.

Despite the bounty fishing and tourism provide to Southeast Alaska, the Forest Service budget fails to reflect this economic reality. The agency spends more than $25 million annually on timber sales and road building in the Tongass – an industry that supports about 200 private-sector jobs, according to the Alaska Department of Labor. At the same time, the Forest Service only invests about $1.5 million each year on watershed restoration. And yet, by the Forest Service’s own estimate, it will cost some $100 million and take 50 years at current investment rates to restore salmon-producing watersheds damaged by past logging. This funding shortfall and backlog needs to be addressed. Salmon watershed restoration will create new jobs and increase salmon productivity. More salmon will provide greater opportunity for commercial, sport, and subsistence harvest as well as additional jobs in the fishing industry.

“We hope the Forest Service will move funding in a new direction. It’s time to change the Forest Service budget so that more money goes toward managing the Tongass as the salmon forest it is,” said Jev Shelton, a longtime Juneau commercial fisherman who has served on many fishery boards, including the Pacific Salmon Commission.

For more than four decades, the Forest Service managed the Tongass primarily for old-growth timber production. But with the closure of the region’s two large pulp mills in the 1990s, the agency has begun to shift toward second-growth timber management, restoring fish-producing watersheds damaged by logging, and supporting other industries such as fishing and tourism. Trout Unlimited, Alaska Program, supports the Forest Service’s transition and would like to see this policy shift reflected in a new Tongass National Forest budget that emphasizes fisheries, watershed protection and habitat conservation.

“There are few places left in the world where wild salmon still thrive. The Tongass National Forest is one of them but we need to ensure watersheds that were damaged by past timber harvest and road building are restored to their natural conditions. The only way that’s apt to happen in a timely manner is through shifts in the Forest Service budget,” said Mark Kaelke, Trout Unlimited, Southeast Alaska Project Director.