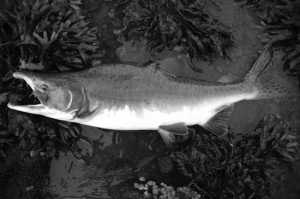 A new report indicates that 2011 was a record year for commercial salmon fisherman in Southeast Alaska, home to the 17-million-acre Tongass National Forest. Phenomenal returns, high prices, healthy weights and strong demand combined to make it an exceptional year for the region.

According to newly released data from the Alaska Department of Fish and Game, Southeast Alaska produced the largest salmon harvest in the state in 2011. Fish and Game officials say the value of Southeast Alaska’s overall salmon harvest last summer topped $200 million, eclipsing Bristol Bay’s harvest valued at $138 million. Bristol Bay – often dubbed the salmon capital of the world — is usually the state’s most lucrative salmon-producing region.

“The fact the Tongass outpaced Bristol Bay is pretty jaw-dropping. It’s a testament to what good natural habitat and careful management can bring to fisheries that employ one in 10 Southeast Alaskans and pump a billion dollars into our regional economy every year,” said Mark Kaelke, Trout Unlimited’s Southeast Alaska Project Director.

The overall dockside value of all public salmon fisheries in Southeast Alaska – excluding tribal and private, non-profit hatchery cost recovery fisheries – totaled $176 million, the highest since Alaska became a state in 1959, according to Fish and Game.

“I know that some boats landed more than 2 million pounds of pinks. At 45 cents a pound, that’s a pretty good season,” said Bruce Wallace, a Southeast Alaska fisherman and vice president of United Fishermen of Alaska, a trade association that represents 37 commercial fishing organizations.

Despite some heavy costs related to boat repairs, Wallace said he had one of his top-grossing seasons in 40 years of commercial fishing in Southeast Alaska.

“The Tongass is truly the nation’s salmon forest. With proper conservation and some restoration to places that have been degraded in the past, we can hopefully continue to enjoy healthy and abundant salmon runs well into the future,” Kaelke said.