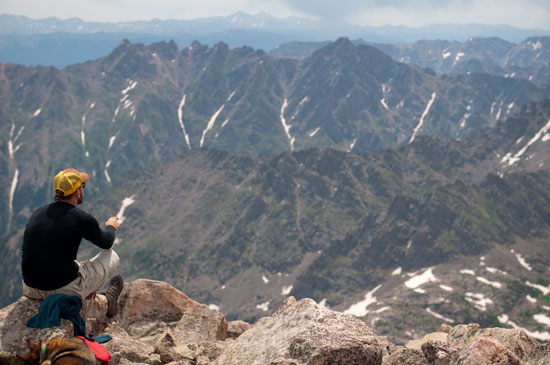 If you’re paying attention to political commentary in advance of the 2012 U.S. Presidential election, you’re bound to notice certain politicos encouraging things like more domestic energy production, more development, and loosened environmental protections.  It’s as if conservation of wetlands, forests, rivers, and lakes is seen as a “luxury” that the nation cannot afford, especially in challenging economic times.

But the truth is that the outdoors is an important economic driver– a uniquely American economic driver that cannot be outsourced to China or India.  In a time when the debate revolves around “jobs, jobs, jobs” it’s important to understand that millions of American jobs revolve around wild places, the equipment that people use in the outdoors, the travel they do to experience the outdoors, and the things they read to help them get the most out of that experience.  In other words, jobs like yours and mine hang in the balance.

A recent study titled “The Economics Associated with Outdoor Recreation, Natural Resources Conservation and Historic Preservation in the United States” for the National Fish and Wildlife Foundation by Southwick Associates puts some much needed and highly effective meat on the bones of that argument.

In a nutshell, the new study tells us that the outdoors accounts for 9.4 million jobs, $107 billion in Federal, state, and local tax revenues, and total economic activity (equivalent to GDP) of over $1 trillion.

My Field & Stream colleague Hal Herring eloquently summed up the importance of this data on his “Conservationist” blog on October 14.

You should read these things.  And then you should get vocal about it.  In a recent interview opportunity I had with U.S. Senator Mark Udall (D-Colorado)  the Senator’s parting line was: “Make sure your readers understand the importance of contacting their elected officials with regard to issues like conservation and factoring in the economic value of wild places.”

Udall, for the record, clearly “gets it.”  But like any member of congress or state and local government, you can rest assured that he is constantly bombarded by effective, coordinated lobbying efforts by those interests outwardly opposed to environmental protections.

And that’s why all of us–retailers, manufacturers, trade organizations, conventional tackle people, fly fishers, hunters, and more–need to work together, and put the facts in proper perspective.  This is an outstanding foundation upon which to build that effort.