Nautilus Tackles “What Line is On Here?” 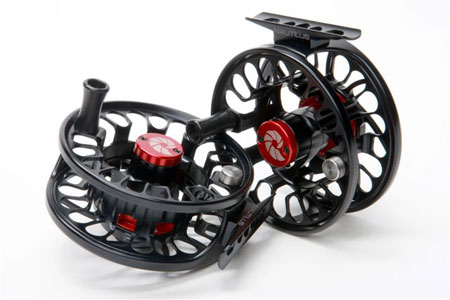 The Nautilus FWX series reels, which are a little lighter than the FW reels with a changed spool design and LaserID feature (a laser-etched white spot on the back of the spool where you can write the line weight and type with a sharpie. When you change it, you wipe it off with alcohol and write on the new one.) 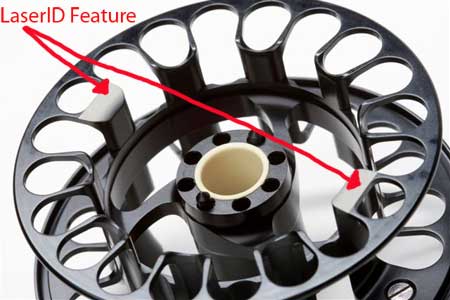 At Nautilus Reels we are 7th generation metal mechanics manufacturers that have been in the fishing industry for all seven generations. We are 6x grandchildren of Ole Mustad, founder of O. Mustad & Søn, a metal mechanics company founded in 1832 in Norway that today is most famous for its hooks and horse shoe nails. Family albums are packed with fishing pictures from remote Norwegian rivers, and pictures of engineering and manufacturing contraptions such as fish hooks, horse shoe nails, thumb tacks, screws, railway bolts and automobiles.

What has set seven generations apart from the rest of the world is the family’s obsessive dedication to the development of revolutionary technologies for the production of small metal parts, and the redesigning of existing products and processes to make them more efficient and effective.

We are part of this seventh generation of Mustads: metal mechanics, tinkerers, re-inventors and fly fishermen, and we invented, tinkered, tested and manufactured what has become a leading brand in fly fishing reels – Nautilus® Reels, the best fly fishing reel your money can buy: Award winning, Tested on Animals™ fly reels built by fly fishermen with a manufacturing-encoded DNA.

Ideas for new projects may come from a dream or a brother, uncle, aunt, customer or employee who has been smitten by our obsession with perfection and fly fishing. The concept is then handed to engineering and machining to convert it to a functioning reality, and then tested by us, guides and friends untill all is right.

Backbone media (which handles fishpond, Far Bank, etc.) has picked up the Revo account, perhaps spelling a renewed push by the international eyewear brand into the polarized fishing market…