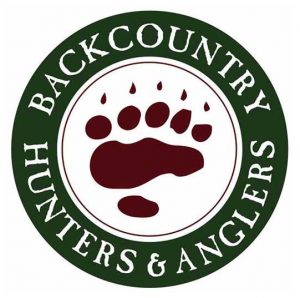 Backcountry Hunters & Anglers released the results of its 2022 Membership Survey today, depicting a membership that trends young, is politically diverse, and is motivated by a set of core values: conservation ethics, tradition and health.

BHA’s survey offers up a profile of today’s public lands hunter and angler: characterized by an affinity for wild foods, a desire to spend as much time as possible on public lands and waters and a commitment to public service.

“Since its founding around a campfire almost 20 years ago, Backcountry Hunters & Anglers has remained committed to the values of the public lands hunter and angler, the seeker of backcountry solitude and solace, the adventurer who pursues experiences found only on our wildest lands and waters,” said BHA President and CEO Land Tawney. “We are proud to stand for the backcountry traditions provided by our North American landscapes – and to serve as a force to unite those who cherish and are willing to fight to uphold these traditions.

“BHA’s membership is driven to serve these shared values,” Tawney continued. “BHA members serve in the military at a rate nearly three times the U.S. average. And we are committed to ensuring that access to our public lands and waters is freely available to us all.”

BHA has established chapters in 48 U.S. states, two Canadian provinces, one Canadian territory, and Washington, D.C. BHA members live all over the world. The response rate for the 2022 survey is 36 percent.