Instead of showcasing reels at IFTD, Nautilus will continue to focus on reel production and make a donation to stream access rights. 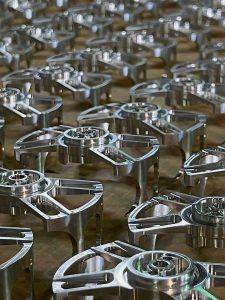 Nautilus Reels is pleased to announce that they recently relocated their headquarters to a new factory in Miami, Florida. Additionally, to keep up with high demand for their reels and get them to dealers sooner, Nautilus will forgo attending the 2022 International Fly Tackle Dealer Show (IFTD). In lieu of show attendance costs, Nautilus will begin visiting Nautilus Reels dealers across the USA and make a donation to the Utah Stream Access Coalition.

At the start of the pandemic, Nautilus started company-wide restructuring and re-engineering of operations. New CNC machines were purchased and a search for a new factory and headquarters location was launched. In June 2021, Nautilus began the process of building out a new, larger factory in Miami and started the move in November of 2021. This endeavor, which began at a time when most pre-bookings and orders were canceled, naturally slowed production as high demand started to resume. As IFTD is intended to serve the interest of dealers, Nautilus has decided to remain in Miami during the show to continue production of reels that will ultimately make their way to dealers. In addition, Nautilus is setting in motion a nationwide plan to visit Nautilus dealers later this year.

But Nautilus Reels is also forgoing IFTD to support water rights access in Utah, where the event will take place. Nautilus has a history of speaking out about issues concerning the environment and conservation, and for years they have been concerned about efforts to restrict stream access in Utah. Nautilus will make a donation to the Utah Stream Access Coalition to support their efforts of ensuring that the public has access to public waters in Utah.

“The United States’ public lands offer access to all, and is unique in the world, where private land ownership limits access to the public,” says Kristen Mustad of Nautilus Reels. “Several states already have limited access policies, and more are trying to move in that direction. The Utah Stream Access Coalition is working hard for our access in Utah, and it is important that we support them now more than ever.”

Nautilus Reels produces an award-winning line of reels from its headquarters in Miami, Florida. Nautilus is on the forefront of reel innovation and maintains a tradition of experience and excellence while continuously improving performance. For more information about Nautilus Reels, please visit their website and follow Nautilus on Facebook, Instagram, and Twitter.