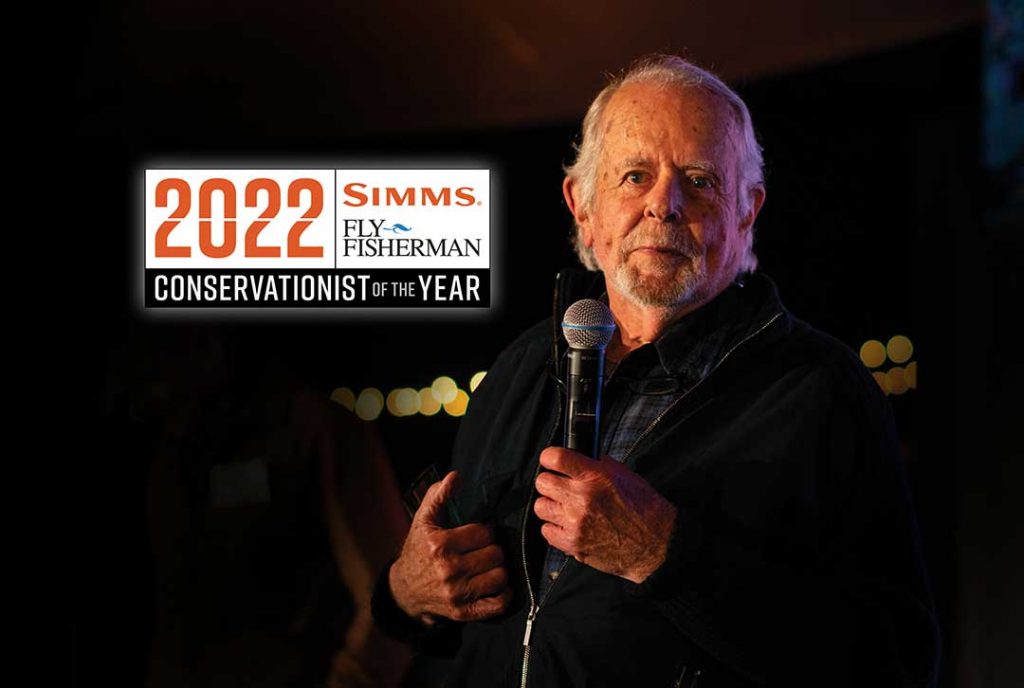 At his very core Richard May is a fly fisherman. Not the kind who dabbles here and there or takes one or two trips a year, but the kind who sleeps in his car to catch the evening rise and be on the stream for the morning bite before anyone else shows up. The kind of fly fisherman who shows a unique dedication to the craft and applies energy and thought to constantly hone his skills. The kind who masterfully throws a home-tied fly on a bamboo rod far upstream and lands it in the lane of a single feeding trout on a crystal-clear spring creek.

May is obsessed with catching fish, and makes multiple trips a year to places like New Zealand and British Columbia that are known for prolific fisheries. He also applied that same dedication and determination to conservation, and went on to become one of the most influential fisheries conservationists of our time.

Some of our most important conservation milestones in this country include the creation of organizations such as Trout Unlimited and California Trout, a growing wild trout management ethos, ecosystem and habitat restoration, catch-and-release angling, the Wild & Scenic Rivers Act, dam removal, and the famous court cases CalTrout 1 and 2, which saved the Mono Lake ecosystem and established protections for the public trust doctrine and have been used nationwide to protect ecological resources.

A small group of California anglers played a key role in all these accomplishments in the 1960s, 1970s, and 1980s, and one man in particular was a lynchpin to those successes. That man is Richard May, a founding member of California Trout. His contributions to the fishing and conservation community have …continue reading at fly fisherman