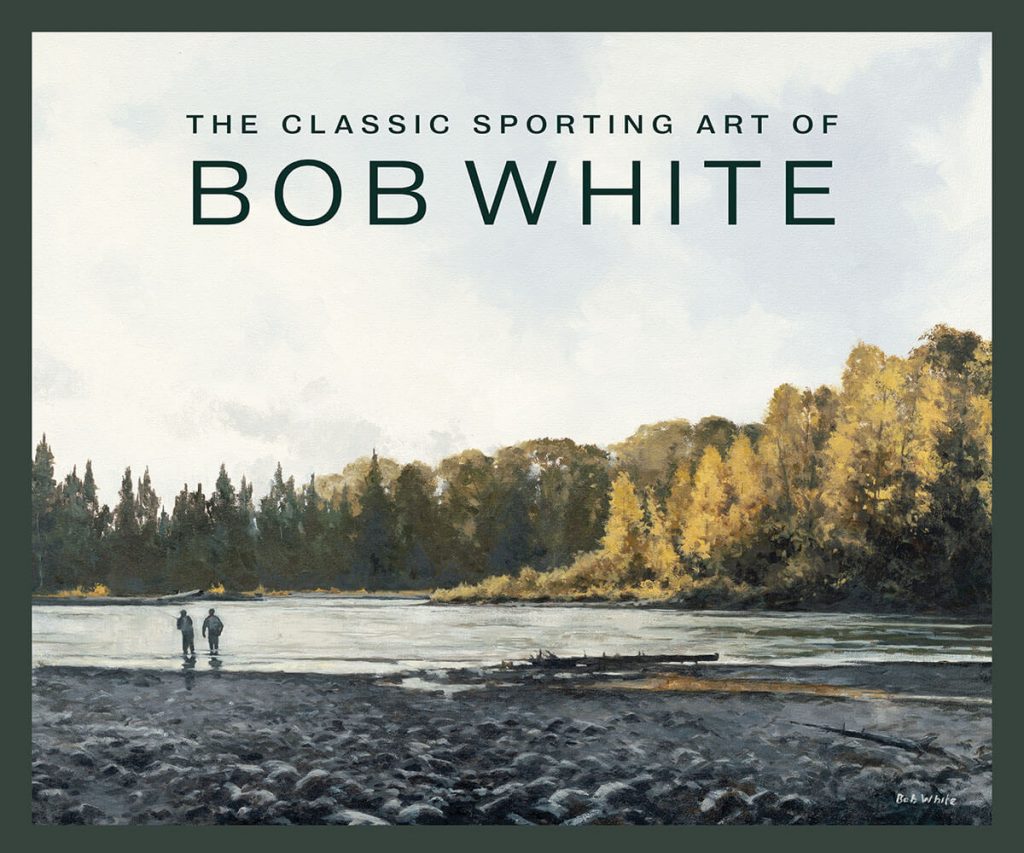 The readers of Angling Trade know artist Bob White very well, because his art has accompanied John Gierach’s regular column for many years—first in Fly Rod & Reel and more recently in TROUT.  That’s a little bit like having Mantle hit in front of Maris—something very good usually happens.  Bob has now produced a book compiling more than 200 of his works in oil and watercolor, together with extensive notes on each piece and several of his essays.  The book, The Sporting Art of Bob White (10” x 12” – Stackpole) is a wondrous journey through the outdoors.

Bob was a guide for many years in Alaska and Argentina, both hunting and fishing, all the while mastering his painting and developing his own very recognizable style.  That daily experience in the field shows through in the authenticity of the images.  You are drawn into his paintings, feeling the water around your knees or the sound of whistling wings.  But it’s far from calendar art.  Most of his pictures don’t show the climax netting the fish or rising from the blind.  Rather, a fisherman contemplates his first cast to the pool or hunters paddle the marsh at the end of the day.  The works evoke the reasons why you are out there, even beyond the game.  They remind you that success in the field is important, but not necessary.  He captures the ethos of sport in a way that makes you wish you could be Bob White or, at least, his faithful sidekick.

The real treat is that for each picture, Bob gives you the story behind the scene, the lives of the people involved, and what he was trying to tell the viewer with his brushes.  Often there is a lengthy essay, my favorite being “Rusty’s Big Pike Adventure,” which tells the story of a hungover Alaskan guide drawing the short straw to guide a gaggle of spoiled kids for the day.  Moreover, anyone who has ever attempted painting will find it fascinating as Bob takes you step by step from concept to execution for several of his works.

With a foreword from Tom Rosenbauer and introductions by John Gierach and E. Donnall Thomas, Jr., the reader also gets a peek at the man behind the pictures.  Having fished with Bob long ago, I heartily agree with each of them that he is among the finer men who have taken to the field.  Bob’s kindness is legendary.

When the snow flies and you settle in for the evening, this book will take you back to your fondest outdoor memories.