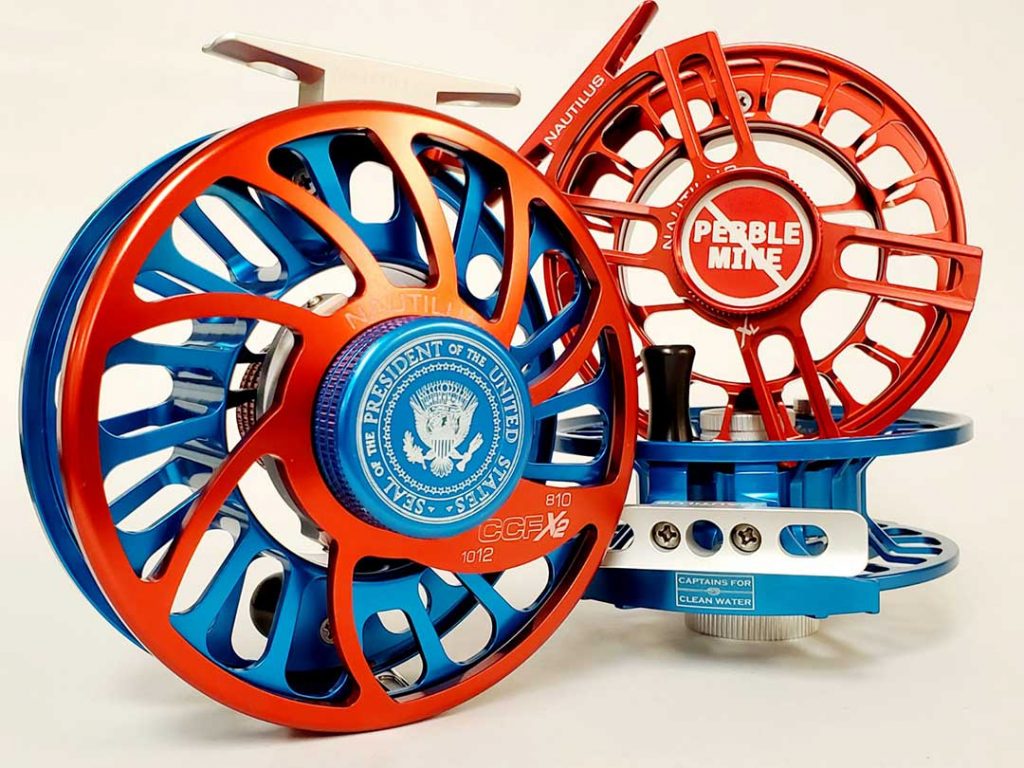 Reel manufacturer recognized by The White House… and they brought custom “No Pebble Mine” and “Captains for Clean Water” reels with them.

Here’s the release from Nautilus:

On July 2, 2020, Nautilus Reels was honored by President Trump at the White House at the Spirit of America Showcase. Among eight companies recognized by the President, Nautilus was honored to receive this recognition.

The Spirit of America Showcase is an event that brings attention to industry-leading companies that manufacture in the United States. From the beginning, Nautilus Reels has made all of their reels in the U.S. while also supporting U.S. companies. In addition to designing and manufacturing their reels in Miami, aluminum and major components for the reels are sourced from across the U.S., and some parts are outsourced to machine shops in Ohio and Massachusetts. The anodization work is done in Florida, Rhode Island, and Pennsylvania, and all reels are assembled on U.S. manufactured CNC machines in their Miami factory. Additionally, Nautilus Reels is also known for supporting local fly fishing shops across the United States and worldwide by only allowing sales to take place through those small businesses and their websites.

At the White House, Kristen Mustad and Charlotte Gonzalez of Nautilus Reels showcased several Nautilus reels and also spoke to President Trump. For Nautilus, it was rewarding to be recognized by a sitting president while also having the opportunity to bring important issues to light.

“Nautilus is well known for being outspoken about important environmental issues, and we could not pass up on an opportunity to bring concerns about key issues to the White House,” states Kristen Mustad of Nautilus Reels. “In addition to a White House reel, we brought a customized No Pebble Mine and a Captains for Clean Water reel to display and show the President. We also made clear in our statement that we all have a responsibility to protect the environment, and conservation and preservation are core values of Nautilus Reels.”

For Charlotte Gonzalez, the recognition from the White House is a testament to years of hard work and unwavering values at Nautilus. “It was an honor and privilege to have been the company selected among others in our industry,” she states. “It reassures us that Nautilus continues to be the top fly fishing reel manufacturer while maintaining our values.”

Nautilus reels are proudly made in the U.S.A. by a multicultural and diverse group of people. As an equal opportunity employer, Nautilus is strengthened by its diversity. 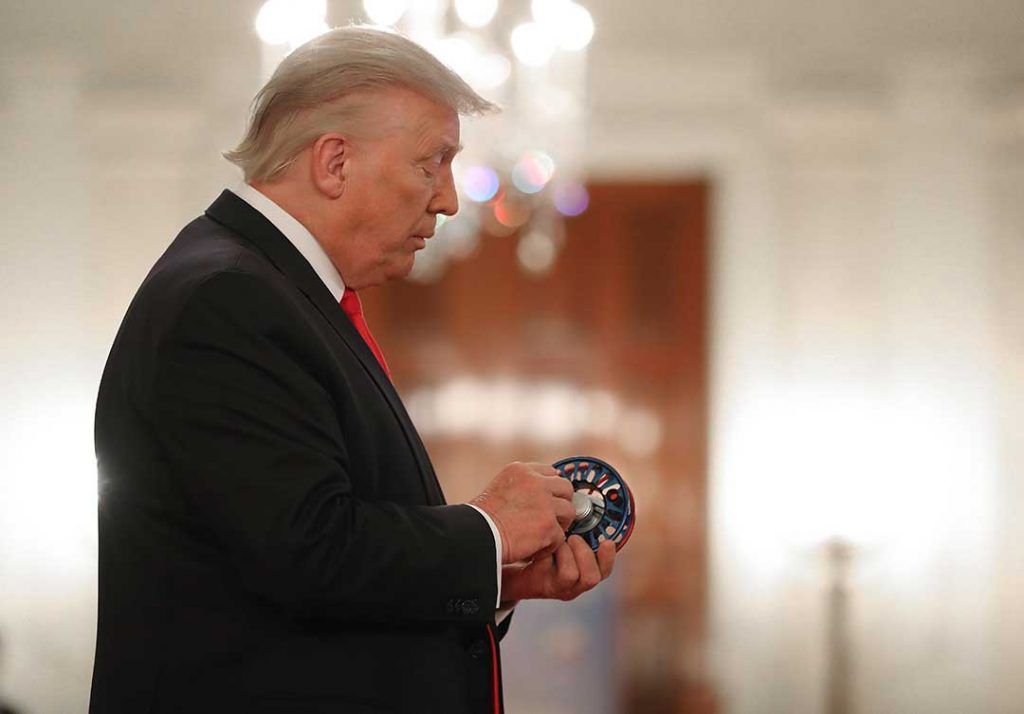