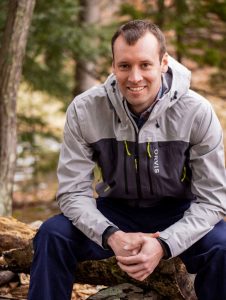 From Orvis: We are thrilled to announce the appointment of Simon Perkins to president, effective immediately. Simon will assume full strategic and operational leadership of the company as president, and is the third generation of the Perkins family to lead Orvis since 1965. Outgoing president/CEO Bill McLaughlin, who has worked closely with Simon on the Orvis executive team, will act as an advisor through the transition period.

As you may know, Simon spent more than a decade guiding before coming to his family business in 2012 and contributing leadership across the core sporting product categories, marketing and operations teams. He has been a champion of the Orvis model for purpose-led business, including the 50/50 on the Water initiative and efforts to protect the Bristol Bay fishery, the Everglades, and other valuable natural resources across the U.S.

Quick Facts:
Founded in 1856 by Charles F. Orvis
Purchased in 1965 by Leigh Perkins
Currently 88 Orvis retail stores in U.S. and U.K.
Product Categories include Fly Fishing Gear and Apparel, Wingshooting Apparel, Men’s and Women’s Apparel, Dog Products, Home and Lifestyle Products
Orvis has donated 5% of pre-tax profits to causes since 1987
Orvis has raised more than $20 million for conservation and animal welfare projects since 1991