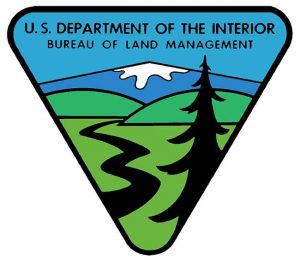 Backcountry Hunters & Anglers today pointedly criticized an Interior Department budget proposal for fiscal year 2021 that reduces funding for the Land and Water Conservation Fund by 97 percent, a move that comes only days after the department issued a call for citizens to identify “landlocked” public lands with the goal of improving public access.

“Insufficient public access is the No. 1 reason hunters and anglers give for hanging up their waders and permanently storing their rifles in the safe,” said Tawney. “Sportsmen and women therefore applauded the recent move by the Bureau of Land Management to address the problem of landlocked public lands across the West by soliciting citizen input in identifying places that currently are inaccessible.

“Why the administration would subsequently move to virtually eliminate funding for the Land and Water Conservation Fund – our nation’s best tool for increasing public access opportunities to public lands and waters – is mystifying … and contradictory at best,” Tawney continued.

“LWCF was permanently reauthorized in 2019 with passage of the strongly bipartisan public lands package, S. 47.,” Tawney stated. “Legislation that would ensure permanent and dedicated funding for LWCF is gaining momentum in Congress even now. Clearly, the citizenry has spoken, with a compelling majority supporting our best program for enhancing opportunities to access great places to hunt and fish. The administration’s decision to ignore the will of the people, while simultaneously soliciting their input, deserves an explanation.”

The Interior Department’s FY21 budget, part of a $4.8 trillion package released by the White House yesterday afternoon, proposes $12.7 billion, a reduction of approximately 13 percent from what Congress approved last year for FY20. Deep cuts to conservation and access programs championed by sportsmen and women overshadow the modest increases proposed by the administration for FY21.

“Public lands sportsmen and women call on congressional appropriators to lead where the administration has fallen short,” said Tawney. “Permanently dedicating funding to the Land and Water Conservation Fund – along with proactively funding agencies for active resource management, forest health, sagebrush conservation and wildfire programs – is critical to our lands and waters as well as our outdoor traditions.”