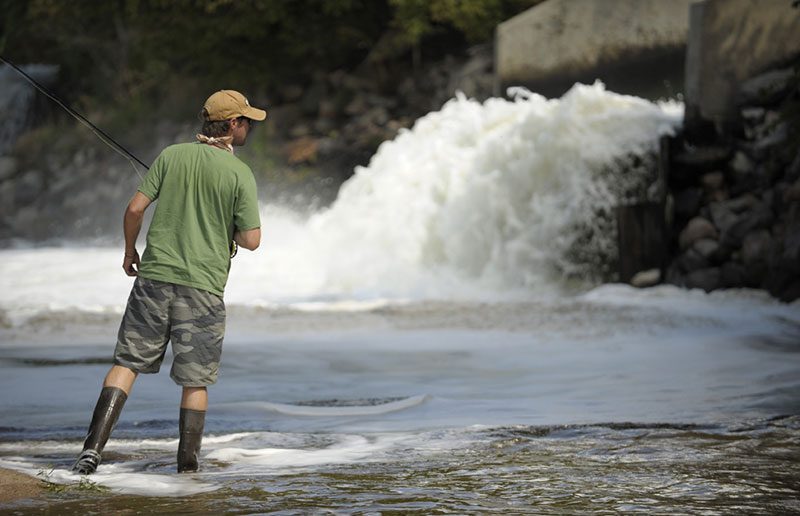 The Trump Administration announced the release of its Revised Definition of the Waters of the United States, a sweeping federal rule that drastically weakens the reach and authority of the Clean Water Act to protect the Nation’s rivers, small streams and wetlands.

In 2001 and 2006, two convoluted Supreme Court rulings created uncertainty about the extent of the Clean Water Act’s jurisdiction.  The Obama administration engaged in a lengthy rulemaking process to clarify the authority of the Act to protect small streams and wetlands that are so important to river health and contribute to the drinking water supplies of two in three Americans. Following years of painstaking scientific, economic and legal analysis, hundreds of public meetings, and a comment period that produced over a million comments, the “Clean Water Rule” was adopted in 2015, reaffirming the Act’s broad authority “to restore and maintain the chemical, physical, and biological integrity of the Nation’s waters.”

The Trump administration’s rule replaces the Clean Water Rule, undermining protection of rivers, wetlands, and clean water.  It uproots decades of regulatory practice and judicial precedent with little public input and virtually no scientific analysis.  It is setting aside the findings of over 1,200 peer-reviewed studies, collected in EPA’s own Connectivity Report, that demonstrate the vital importance of small streams and wetlands to the water quality, flow, and overall ecological health of larger rivers downstream.  The rule deals a crippling blow to the Act’s authority to protect wetlands, excluding more than half of the nation’s wetlands from the Clean Water Act’s reach, and eliminating protection for almost 20% of the nation’s rivers and streams.

Bob Irvin, President and CEO of American Rivers made the following statement regarding the Trump Administration’s Revised Definition of the Waters of the Unites States:

“The Trump administration’s Dirty Water Rule is an affront to the health and safety of hundreds of millions of people across the country who depend on rivers and streams for clean water.  It is reckless and capricious, reversing the Clean Water Rule which was firmly based on sound legal and scientific analyses, extensive fact-finding and stakeholder input, and broad popular support.

President Trump has frequently said he wants ‘crystal clean water.’ This rule will result in dirty water, plain and simple.”