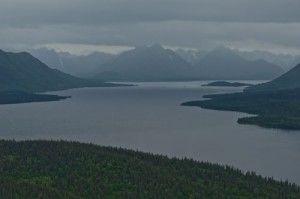 In a letter sent to letter to Lieutenant General Todd T. Semonite of the U.S. Army Corps of Engineers (USACE), Rep. Peter DeFazio (D-OR), Chair of the House Committee on Transportation and Infrastructure, voiced his concerns with the USACE’s review of the Clean Water Act Permit for Pebble Mine to be constructed in the Bristol Bay watershed.

“Based on my review of the process undertaken by the Corps, thus far, as well as the testimony received before a hearing of the Subcommittee on Water Resources and Environment on the Pebble Mine project,” wrote Chairman DeFazio, “I am deeply concerned that your agency’s review of this permit application and the associated review of the project under the National Environmental Policy Act (NEPA) are so fundamentally flawed and inadequate as to preclude any meaningful review on the likely impacts of this project – in violation of your responsibilities under both the Clean Water Act and NEPA.”

“There have literally been millions of Americans who have voiced their opposition to Pebble Mine and the severely lacking permitting process,” says Ben Bulis, AFFTA president. “As an industry, we wholeheartedly stand behind Representative DeFazio’s position. Short of halting the project entirely, a thorough review of its impact will make more than abundantly clear what we’ve known all along—wrong place, wrong mine.”

The full letter can be found here >>