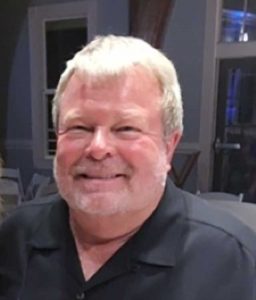 Pure Fishing® named Dave Bulthuis the New President of North America this week. Bulthuis is the former Vice President of Sales for Costa Sunglasses, where he served in a number of capacities since 2003. A long-time champion of the sport and industry of fishing, Bulthuis has been retained to further establish meaningful relationships with key North American stakeholders including customers, industry associations and governmental agencies.

Bulthuis was honored in October 2018 with the Lifetime Achievement Award from the American Sportfishing Association (ASA) during the organization’s annual summit, in recognition of his extraordinary leadership and lifelong commitment to sportfishing. He has served on ASA’s board of directors for eight years, including a stint as Chairman of the Board in 2015 and 2016.

Prior to sixteen years at Costa, Bulthuis served as Director of Sales for several brands in the outdoor industry, including Fin-Nor Fishing Tackle, Jones and Company and several independent rep groups.

“I’ve been fortunate to have an incredible career in the fishing industry and worked on some initiatives that I’m extremely proud of,” explained Bulthuis. “Bringing those experiences to bear for one of the most iconic companies in the world at this time of growth and change gives me renewed excitement about what I can contribute to this sport I love so deeply.”

This new position will see Bulthuis taking over accountability for Pure Fishing’s sales and customer marketing efforts across North America. Within this role, he will continue fostering valuable relationships across organizations that can help fuel growth for the company, its stable of brands and the industry as a whole. Additionally, Bulthuis will champion the company’s conservation efforts, leveraging his passion for sustainable fisheries that aligns with Pure Fishing’s commitment to clean water and conservation.

“Adding Dave to the team at this time is exciting for me and the entire team at Pure Fishing,” Said Harlan Kent, CEO of Pure Fishing. “He is a proven, committed leader in this industry who has worked hard to establish and foster relationships that I believe will be invaluable as we rebuild momentum as the leading fishing company in the world.”

Bulthuis will begin his role at Pure Fishing on December 2, 2019 and will be based at the company’s headquarters in Columbia, South Carolina.