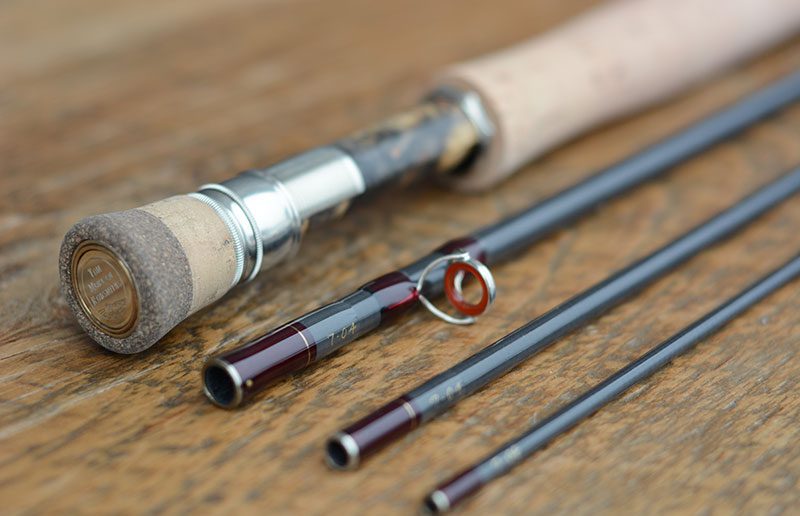 Tom Morgan Rodsmiths is excited to announce the addition of two new 7wt graphite rods to their line-up. After perfecting his lighter dry fly rods in 2wt – 6wt, Tom decided to try his hand at a 7wt graphite rod. He completed the designs on paper, but unfortunately passed away before the rods could be prototyped.

Tom left behind two designs for the 7wt and Matt and Joel had both rolled as prototypes. The problem during testing was that everyone who cast them loved them both for different reasons. The first one was a bit softer and would really be the ideal streamer rod for western rivers. It throws a more open loop with a ton of accuracy. The second one was a bit stiffer, but still had the progressive action that TMR rods are known for. This rod was much better for throwing at greater distances and in the wind. In the end, they decided to launch both with the softer of the two being called the “trout” and the stiffer being called the “salt”.

The rods were tested by many of Tom’s friends and colleagues and everyone who has cast them is thrilled to see Tom’s signature action carried forward into a 7wt rod.  To learn more visit TMR’s website:  https://www.tommorganrodsmiths.com/7wt-info