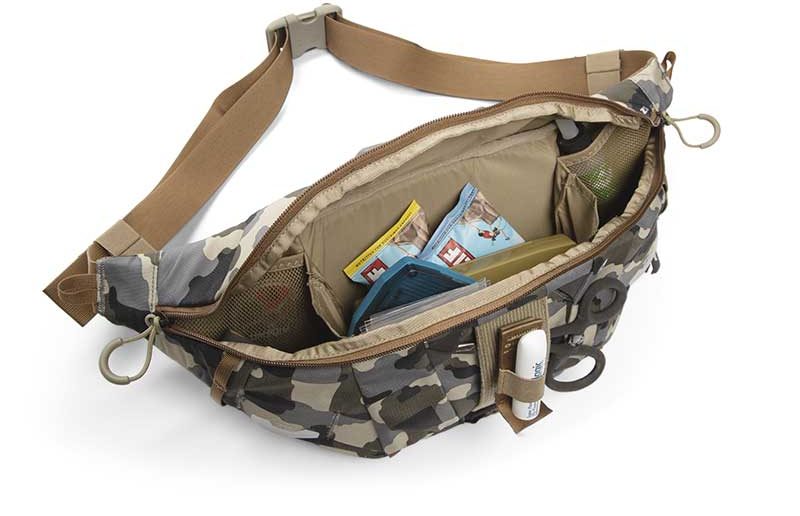 But… I’ve spent the past month fishing the new Umpqua Bandolier ZS2 Sling, and I like it enough to keep using it. I’ve worn it in hot weather, and in the snow. I like how it functions, slides about, but stays in place when I want it to. It is indeed a minimalist pack, but there’s smart space for everything—a couple fly boxes, dry shake, a place to tuck some pliers or hemos, a dispenser holder for floatant, a zinger or two for nippers and a tippet dispenser (and I’m really digging the new Umpqua tippet but more on that later)…

For fishing situations where you are really feeling dialed and don’t want to carry a lot, this is a smart option because it’s cut right… shaped right… designed smart and simple. And it’s rugged. At $70 it’s a fair deal for sure.