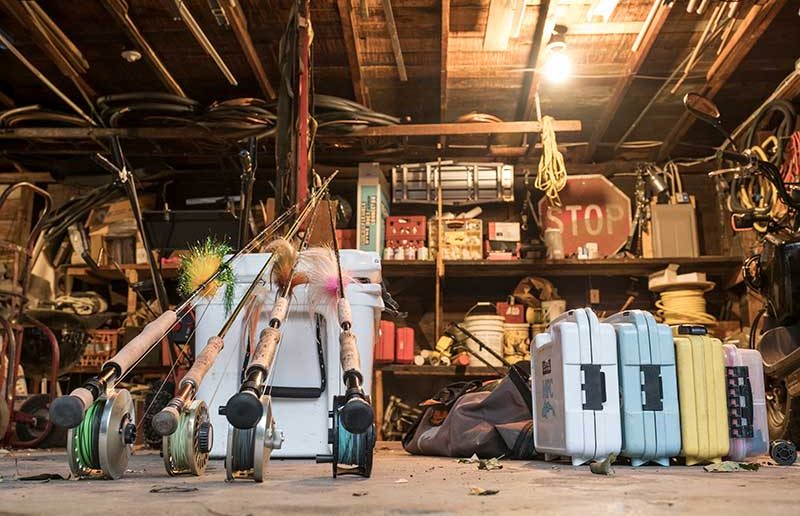 I read with great interest the following Facebook post by my friend Charlie Craven, who owns Charlie’s Fly Box in Arvada, Colorado, is an author, fly innovator, and well-respected member of the fly-fishing business community. https://charliesflyboxinc.com/

“So this guy just comes in the shop and says, ‘Straight up, my buddy is a guide and he’s hooking me up with a pro deal and I just have some questions about some of the things if you can help…’

I told him, ‘Straight up, no. There’s nothing in it for me.’

What the serious ****? If you’re sharing your pro deal with your bros you’re a piece of ****. And if you’re dumb enough to come in and tell me about how you’re gonna screw me, don’t get huffy when I toss you out. This business is hard enough as it is without this crap.”

This post obviously touched a nerve, producing 163+ comments, almost all of them sympathetic. Not that that’s surprising. Ask any retailer (and I have been asking many since this post came out), and every one of them will tell you that a) the “pro deal” system is out of control, ineffectively monitored, and hurting their businesses, and b) though few are willing to admit it on the record, most believe that some manufacturers don’t really care.

I think we should all care, and while we’re at it, we should also add “media deals” to the conversation, because from where I sit, that scene is equally screwed up.

I can remember a long time ago when I was starting in this business, how I just drooled at the prospect of a rod or reel company giving me a “pro” discount. The truth is, however, when I really became a pro (by pro I mean it’s your job… your sole, at least primary, source of income that requires a specific level of expertise which you have invested years of study and effort to achieve), it immediately became obvious that pro deals weren’t that much of a “perk” at all… the “excitement” factor of product pro deals in a real, working scenario rates at about the same level as having dental insurance or a box of business cards.

But for whatever reason, there’s a massive cadre of anglers out there who think chasing pro deals is as much a sport as chasing the fish themselves. Sure, maybe that’s because some products are too flippin’ expensive for the average angler to buy… but then again, maybe they’re so expensive because so many who don’t really deserve the break get them for free.

I personally do not think it is truly about the money—some of these people fly their own planes to the river resort, then ask their guide if they can get hooked up on a rod for half-price. It’s about being a part of the “secret society.” I think it’s more of a cool factor for people who are successful but maybe not cool. After all, fly-fishing is a wonky/nerdy sport that somehow is cool (at least to us). So getting a pro deal is a status thing for folks who haven’t really enjoyed much of that (outside the business world) since they were first-chair clarinet in their middle school band.

We can talk in circles about all of this, but I’m going to throw out 10 suggestions that might help solve the whole pro deal/media deal situation. I don’t want to start any fights or point any fingers. But I do want to move the dialogue along, and if you think some of these things have merit—or if you think I’m nuts—I welcome your feedback ([email protected]) because we’re going to keep bird-dogging this issue, and we’re going to do a deeper-dive story in the next print issue of Angling Trade to coincide with the IFTD show in Denver this coming October.

As long-time manufacturers’ representative Michael White pointed out in Charlie’s comment thread, the original purpose of the pro deal was to get new product in the hands of influencers like guides and writers. That’s seeding the market, and that’s smart business. Heck, if someone is really a bona-fide influencer, the manufacturer should give them the product. Period. Some get it, and some do that. But now some manufacturers are actually factoring these sales into their revenue streams and that’s the root of all this muckiness, in my opinion.

Temple Fork Outfitters actually effectively addressed this a few years ago. Having been approached by so many charities, specifically TU chapters who want a free rod to auction off at their annual rubber-chicken dinners, TFO just said, “Hold it… we’re not giving away any ‘free’ rods, but we will give you rods at our cost.” Thus, they don’t make a penny, but they don’t lose a penny. And, yes, they get the “promo” value, which is really what it’s supposed to be all about, right? I work for TU national… I run the marketing department… and I am saying on the record that if every rod and reel manufacturer in the world would adopt the same policy, I’d be fine with it. That would clean things up, and clear away a lot of $800 rods that come to the banquet for “free,” leave the banquet for less than the actual wholesale price, and hose the dealer in the process.

But I understand the reason more and more manufacturers are implementing this policy is because the world is now filled with a bunch of basement bloggers and Instagram gurus who beg for product and deliver some level of exposure. Which is fine, I guess. But there’s still a difference between playing in the minors and playing in the Show. And the manufacturers need to do more homework to figure this out.

I would suggest to you all that that scenario is exactly the same with guides. There are some guides who are whacking out 200 trips a year, for their main income, and when they are not on the water, they’re talking to fishing clubs, going to consumer shows, working with conservation organizations, writing books or articles, and so forth. Tim Linehan, for example, is a helluva lot different player than the part-time summer shop guide who takes 20 overflow trips a year to make some extra coin until he/she goes back to college or decides to run the chairlift when the snow falls. I’m not saying we don’t need the part-timer any more than I’m saying we don’t need the basement blogger. I think it’s all good, to a degree.

But maybe they don’t get the same discount. Maybe, in a media context, your discount is commensurate with your actual audience. And maybe the guide discount should reflect the volume of trips you actually do. And the shop owner should be able to categorize guides when they’re working with their reps to place orders, and help everyone understand who is playing big-league ball, and who is still a prospect.

An aside… as a media person, I go out of my way to buy flies, and guide trips, and other things from my retailer friends. Ask The Fly Shop, or the Steamboat Flyfisher, or Charlie’s Fly Box, or Trout’s, and so on. But I do get rods and reels sent to me all the time, and I don’t like going into a shop, and getting the “eye of Mordor” from fly shop guy when I want help spooling up a 5-weight line (which I buy) on my new reel that was sent to me (doesn’t ever happen in the shops I just mentioned). Fly shop guy doesn’t know who I am or what I do… but if I could flash him the gold ID card, or he could look me up in the computer and know I’m on the team (the person who’s going to drive the next 100 consumers through the door to buy the reel I’m playing with), and not some person who got his guide buddy to hook him up on a pro deal, that would make those scenarios a lot more comfortable all-around.

Again, this is just brainstorming, but I am eager to hear what “pro” dealers really think. I think some of these ideas (or a combination of a few) could go a long way toward addressing what I know retailers think is a serious, pervasive problem that is causing friction in manufacturer-dealer relationships at a time when that should be avoided at all costs.