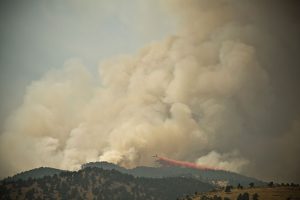 Following up on progress made during the 115th Congress, 34 prominent hunting, fishing, and wildlife conservation organizations are asking federal lawmakers to take the next step in solving the U.S. Forest Service’s budget problems by using newly available funds to invest in the agency’s mission.

In a letter to the Chairmen and Ranking Members of the Appropriations Committees in both the House and Senate, these groups—whose members represent a sizeable segment of America’s 40 million hunters and anglers—urged lawmakers to ensure the U.S. Forest Service can allocate full funding to its other vital programs beginning in fiscal year 2020.

The groups emphasized that last year’s act to end the practice of fire-borrowing, which for years had depleted the Forest Service’s budget and staff, would not alone solve the problem. They noted the agency had a responsibility to direct those savings toward improving forest management.

“Congress has taken a huge step to ensure the Forest Service is no longer hamstrung by an outdated model of paying the massive costs for fighting wildfires,” said Whit Fosburgh, president and CEO of the Theodore Roosevelt Conservation Partnership. “Now Congress must guarantee that those new resources are invested in good forest management, including restoration and access. By making smart investments in forest health and access, our nation will see lasting benefits to our public lands and outdoor traditions.”

From 2001-2015, the Forest Service saw dramatic declines in its budget for programs related to forest health, recreation, and access, as the costs of wildfire suppression and recovery escalated out of control. Until the passage of the 2018 government funding bill, the Forest Service was forced to use money from other accounts to pay for catastrophic fire seasons.

“We are grateful for the bipartisan support Congress demonstrated when implementing a partial fire-borrowing fix in early 2018,” noted Brent Rudolph, director of conservation policy with the Ruffed Grouse Society and American Woodcock Society. “We’re confident Congress will now provide the budgetary investment to truly reverse the long-term decline in forest management capacity that became entrenched through years of past practice.”

The 34 groups expressed concern that the continued underfunding of the Forest Service mission could have a negative impact on the nation’s $887 billion outdoor recreation industry.

“Last year members of Congress from both sides of the aisle came together to pass a solution to the problem of fire borrowing. This year it’s imperative to implement the fire borrowing fix responsibly by directing funding to Forest Service programs that support conservation and recreation,” said Corey Fisher, public lands policy director for Trout Unlimited. “Anything less leaves hunters, anglers, and recreationists with the short end of the stick.”

You can read the letter here.