Long-time member and volunteer Phil Bloom has been named Interim Executive Director of the Outdoor Writers Association of America (OWAA), North America’s oldest and largest association of professional outdoor communicators, after the resignation of Executive Director Brandon Shuler. The Board of Directors voted unanimously on the change at the winter board meeting on January 14, where it was decided that Bloom will work alongside Shuler during a transition period until Shuler’s tenure ends Jan. 31.

“I thank Brandon for his service over the past year and a half,” OWAA President Paul Queneau said. “And I’m very grateful to Phil for agreeing to fill this vital role as interim executive director. OWAA’s Executive Committee approached him after receiving Brandon’s resignation, and he was excited at the opportunity. Phil brings skills and knowledge that will serve the organization well.”

The Leukemia and Lymphoma Society (LLS) is looking for gear to auction at its annual fundraiser gala.  As we know this is a topic of personal concern to many in the industry and their families, we encourage you to reach out to Jim Freas at [email protected] if you are willing to make a donation. 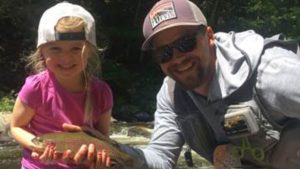 Orvis’ Jesse Haller has joined the AFFTA board.  To open its January Board meeting in Denver, Colorado, the AFFTA Board unanimously approved Jesse Haller to fill a recently vacated Director seat. Haller, a Product Developer with Orvis, immediately joined the rest of the Board for the balance of the meeting and the two-day strategic planning session that followed.