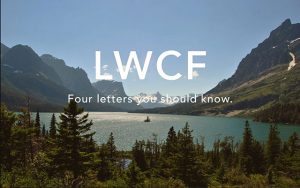 In defiance of the government shutdown that continues to impact federal workers and public lands, a broad-based package of public lands bills, including a measure that would revive the Land and Water Conservation Fund, has been introduced in the Senate.

The introduction of S. 47 culminates weeks-long negotiations among Senate leaders that began during the 115th Congress and takes advantage of a mechanism, Rule 14, that fast-tracks it to the Senate floor. Although the package faces opposition by some senators who are refusing to consider legislation that fails to resolve the federal shutdown, its introduction under Rule 14 enables its speedy advancement to a vote.

Backcountry Hunters & Anglers commended the introduction of S. 47 by Senate Energy and Natural Resources Committee Chairwoman Lisa Murkowski and urged the Senate to unite in support of it.

“We the American people have stepped up to support a public lands package – one that includes permanent reauthorization of the Land and Water Conservation Fund, the most effective conservation and access program in the nation – again and again,” said Land Tawney, BHA president and CEO. “Chairwoman Murkowski deserves our thanks for introducing the bill early in the 116th Congress and for standing up, alongside Sen. Maria Cantwell and other champions, for our public lands and waters.”

Priority components of S. 47 for sportsmen and women include the following:

“While BHA stands with the federal resource workers and others impacted by the government shutdown, we urge Senate members to reach agreement on a path to advance this well-meaning package as soon as possible,” Tawney said. “S. 47 addresses numerous priority issues for sportsmen and women, including permanent reauthorization of the Land and Water Conservation Fund, that are bipartisan and expand public access opportunities across our nation. We can’t let this opportunity slip through our fingers again.”