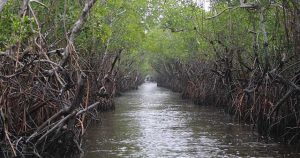 Around 9 pm on the night after polls closed and Floridians focused on election results, the South Florida Water Management District (SFWMD) inserted into their agenda a lease agreement for New Hope Sugar Co., a subsidiary of Florida Crystals, on land that was earmarked for the EAA reservoir. The existing lease was not to expire until March of 2019, yet the board unanimously approved it in their meeting the next day.

On the same day, the SFWMD voted to vacate the Federal Decree requiring minimum water quality levels on waters being sent to the Miccosukee lands and Everglades National Park.

At worst, they broke state law, requiring published notices of “intention to lease.” At best, they showed a total lack of transparency. Either way, their actions were another example of a breach of public trust as the SFWMD continues to manage South Florida’s Waters as an irrigation system for the sugar industry at the expense of Floridians.