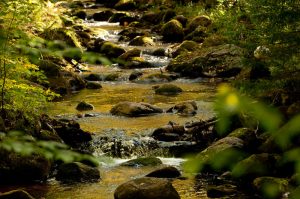 On the heels of the midterm elections, 204 hunting, fishing, and wildlife conservation organizations and businesses from 33 different states are urging federal lawmakers to reauthorize the Land and Water Conservation Fund with full, dedicated annual funding.

In a letter to congressional leadership, these groups—whose members, customers, and leaders represent a sizeable segment of America’s 40 million hunters and anglers—emphasize the LWCF’s remarkable 50-year track record of conserving habitat and expanding recreational access to America’s public land. They also express the urgent need for Congress to take action and reauthorize the LWCF program during the lame duck session.

“Sportsmen and women have been alarmed to see a lapse in authorization for this popular program, which has been vital to enhancing outdoor recreation opportunities, especially as we’re discovering that access challenges are keeping Americans from 9.52 million acres of public lands they already own,” says Whit Fosburgh, president and CEO of the Theodore Roosevelt Conservation Partnership.

The TRCP and onX, the cutting-edge land data company behind the onX Hunt app, released new data on the scope of the landlocked public lands problem back in August. “Bills to reauthorize the LWCF have made good progress in committee, but Congress is running out of time to act. We’re depending on lawmakers to get this across the finish line before the end of the year, when even the best of intentions will be left on the cutting room floor,” says Fosburgh.

The LWCF, which lapsed on September 30, 2018, directs a portion of federal revenues from offshore oil and gas leasing to fund local, state, and federal projects that benefit conservation and outdoor recreation. Since its creation in 1964, the program has invested more than $16 billion into conserving more than 5 million acres of public lands, among other achievements.

Both the House Natural Resources and Senate Energy and Natural Resources committees recently advanced their own versions of LWCF reauthorization legislation, H.R. 502 and S. 569. The House bill would reauthorize and fully fund the program while also dedicating 3 percent of LWCF dollars specifically to increasing public access on existing public lands. However, congressional leaders have yet to take action on this pending legislation, and the 115th Congress will end on January 3, 2019.

Signatories on the letter to lawmakers expressed concern that the program’s expiration could seriously hamper future efforts to conserve valuable habitats and expand public access to America’s public lands. “With campaign season behind us, we encourage Congress to focus on passing a permanent LWCF reauthorization, with full, dedicated annual funding,” says Ben Jones, president and CEO of the Ruffed Grouse Society and American Woodcock Society. “Sportsmen and women across the nation depend on this critical program for access and habitat, and we simply cannot wait any longer.”

As hunting- and fishing-related businesses, many LWCF supporters emphasized the enormous economic impact of more than $887 billion in annual spending on outdoor recreation, one of the fastest-growing sectors of the American economy.

“Sportsmen and women across the country have made it clear that they want congressional leaders to work together on common-sense, bipartisan solutions like permanently reauthorizing and fully funding the Land and Water Conservation Fund — America’s most successful land conservation and outdoor recreation program,” says Andrew Black, public lands field director for the National Wildlife Federation. “Given its enormous benefits as a means of both conserving high-value landscapes and fueling economic growth, LWCF should be a lay-up for every member of Congress.”

Here’s what sportsmen from around the country are saying about this critical program:

California
“California’s public lands and waters are critical for migratory bird hunters, and we encourage our congressional delegation to make the permanent reauthorization of the Land and Water Conservation Fund a priority during the lame duck,” says Mark Hennelly, vice president of legislative affairs and public policy for California Waterfowl. “Expanded public access and the conservation of vital habitats depends on it.”

Wisconsin
“We are hopeful that Congress will take advantage of the opportunity in the lame duck to save the Land and Water Conservation Fund,” says Linn Beck, chairman of the Wisconsin Council of Trout Unlimited. “Every day that the fund is expired is a day that hunters and anglers are being shorted money that should be going to conservation and public access. Americans across the political spectrum are counting on our leaders in Congress to work together and finish the job.”

New York
“The Land and Water Conservation Fund is the nation’s principal program for funding conservation projects, but it lacks a dedicated trust fund to support conservation programs critical for New York State,” said Les Monostory, president of the New York Division of the Izaak Walton League of America. “Funds are needed for the purchase and enhancements to wildlife habitat, and for providing greater hunting and fishing access to our state’s public lands and waters.”

Colorado
“As hunters and anglers, we see access to our public lands and waters and the conservation of quality habitat as critically important issues,” says Don Holmstrom, co-chair of the Colorado Chapter of Backcountry Hunters & Anglers. “From Sarvis Creek to the Blanca Wetlands LWCF has played an instrumental role in providing access to premier hunting and fishing opportunities throughout the state and across the country. LWCF has long enjoyed bipartisan support and has positively impacted nearly every American, regardless of how we choose to recreate. The Colorado Chapter of BHA urges Congress to permanently reauthorize and dedicate funding to LWCF.”

Montana
“From Miles City to Dillon, Montana sportsmen and women are out enjoying world-class elk and deer hunting on our public lands right now,” says Peter Muennich, founder and president of the Rocky Mountain Goat Alliance. “We need the continued leadership of the Montana congressional delegation to push Congressional leaders to make LWCF reauthorization an immediate priority.”

Nevada
“This a critical program for wildlife, conservation, and sportsmen’s access in Nevada and every other state,” says Larry Johnson, president of the Coalition for Nevada’s Wildlife. “If Congress hopes to act in the interests of our outdoor heritage and public lands, it needs to reauthorize the LWCF permanently and at full funding without any delay.”

Idaho
“LWCF has been a great tool for sportsman’s access and habitat conservation,” says Alex Martin, vice president of Idaho Traditional Bowhunters. “We urge our Idaho representatives in Congress to reauthorize the LWCF permanently so that future generations of outdoor enthusiasts can experience the wonder of Idaho’s wild lands.”