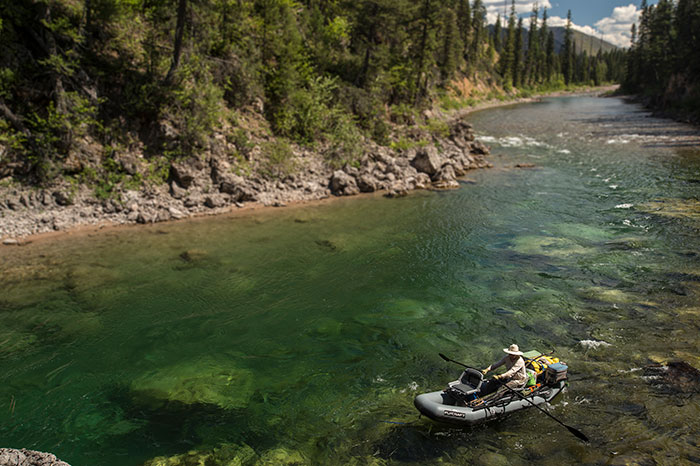 Inability by Congress to find time and prioritize the Land and Water Conservation Fund led to the expiration of one of America’s most successful and long-lived conservation and access programs, said Backcountry Hunters & Anglers, which accelerated calls for LWCF’s permanent reauthorization and full, dedicated funding.

Established in 1964 by Congress to improve outdoor recreation and increase public access to public lands, the bipartisan LWCF has invested over $16 billion in federal, state and local governments to sustain important lands and waters, conserve fish and wildlife habitat and enhance public access. However a temporary reauthorization of the program passed by Congress in 2015 ended on Sept. 30.

A broad spectrum of public lands users, including hunters and anglers, has consistently stood up for LWCF. Progress was made recently when a U.S. House of Representatives committee advanced a measure, H.R. 502, proposed by Committee Chairman Rob Bishop (R-UT) and Ranking Member Raul Grijalva (D-AZ), which would permanently reauthorize the program at $900 million annually. As early as this week, the Senate Energy and Natural Resources Committee could consider a bipartisan measure, S. 569, which permanently reauthorizes and fully dedicates funding to LWCF.

With the LWCF sunset, program funds are being deposited to the General Fund of the U.S. Treasury to pay for other federal programs. While remaining LWCF dollars and future monies are available for existing projects, new project proposals cannot advance.

“Bipartisan leadership from Senators Burr and Tester and Congressmen Fitzpatrick and Grijalva is much appreciated,” Tawney said. “Now we must call on leadership in both chambers to prioritize getting LWCF permanently authorized with dedicated funding before the end of the year. Congress can and should deliver LWCF for Christmas.

“We can’t stop now,” continued Tawney. “Hunters, anglers, backpackers, mountain bikers and community members who rely on public access to lands and waters must be loud. Collectively we must reiterate that letting LWCF sunset is unacceptable. We cannot let this bipartisan success story fade to black. Together we can send an uncompromising message to our elected officials, and together we can succeed in keeping LWCF alive.”