We have reached another important phase in the ongoing effort to protect Bristol Bay, Alaska—home of one of the world’s most prolific wild salmon and trout fisheries.  Your support thus far is appreciated, and it has been effective.  So many of you have been helpful in spreading the word on the comment period and weighing with multiple requests over the past few months.  Please read the attached letter below and consider signing on. If you’d like to add your name/org/logo please let Nellie Williams know by June 28th at 2pm AK/6pm EST.  If you are doing your own separate comments, that is also welcomed and you can grab information from this letter if it’s helpful.  Please send signed letters to Nelli Williams ([email protected]). 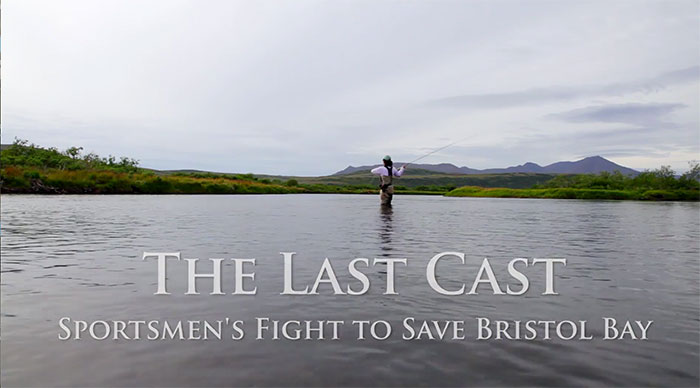 RE: Comments on the Proposed Pebble Mine in the Bristol Bay Region of Southwest Alaska (DA Permit Application POA-2017-271).

On behalf of the undersigned businesses and organizations, which employ hundreds of individuals in Alaska’s Bristol Bay region and represent thousands of sportsmen and sportswomen, please accept these comments on the Pebble Limited Partnership’s (PLP) application for the proposed Pebble Mine (DA Permit Application POA-2017-271). We have many serious concerns about the proposed project and its impacts. Furthermore, because the pending permit application is incomplete, we urge the Corps of Engineers to suspend its review of the permit application until additional plans, specification, and background data are available to provide a comprehensive and thorough review of the proposed project and its potential impacts.

Bristol Bay fish and wildlife, and its salmon in particular, are the centerpiece of the region’s economy, culture and its communities. All five species of North American Pacific salmon return to the rivers, streams and lakes that feed Bristol Bay, with nearly 60 million salmon returning in 2017 alone. These huge annual salmon returns contribute to the entire region’s productivity and biodiversity, and are the result of the region’s high-quality and diverse aquatic habitats, the hydrologic and chemical connectivity between surface and subsurface waters, and the relatively low levels of human development.[1]

Bristol Bay is the world’s most valuable wild-salmon fishery, generating $1.5 billion in annual economic output, more than 30% of all Alaska salmon harvests, and more than half of all private-sector jobs in the region.[2] Hunters and anglers travel from throughout the globe to the Bristol Bay region for its trophy fish and game, its remote scenery, and its wild character. Native Alaskans have lived in the Bristol Bay region for thousands of years, relying on the bounty of the land and waters to sustain their traditional and customary way of life. Generations of families have fished commercially in the region. Numerous businesses, both large and small, have carved out niches capitalizing on Bristol Bay’s flourishing salmon populations.

The Bristol Bay region is the world’s premier wild-salmon fishery, and one of the last places left where an entire region from the headwaters down to the bay remain intact and fully functioning. In addition to salmon, the Bristol Bay region also supports abundant populations of bear, caribou, moose, and various other important wildlife species. The Bristol Bay watershed, an area roughly the size of West Virginia, is nestled between two National Parks (Katmai and Lake Clark), and the nation’s largest state park. The area hosts three active volcanoes and Lake Iliamna, the 8th largest lake in the United States. The Bristol Bay region is a world-class resource, as the EPA observed in its Bristol Bay Watershed Assessment:

[Bristol Bay] sockeye salmon represent the most abundant and diverse populations of this species remaining in the United States. Bristol Bay’s Chinook salmon runs are frequently at or near the world’s largest, and the region also supports significant coho, chum, and pink salmon populations. Because no hatchery fish are raised or released in the watershed, Bristol Bay’s salmon populations are entirely wild. Bristol Bay is remarkable as one of the last places on Earth with such bountiful and sustainable harvests of wild salmon. One of the main factors leading to the success of this fishery is the fact that its aquatic habitats are untouched and pristine, unlike the waters that support many other fisheries.[3]

Federal agencies and the public must have the opportunity to rigorously review PLP’s mine plan in its entirety to have a clear understanding of the nature and magnitude of the proposed activity’s potential impacts.[4] In its permit application to the U.S. Army Corps of Engineers, PLP proposes a mile-wide and 1/3-mile-deep mine pit, an 83-mile-long transportation corridor with more than 200 road crossings over salmon streams and a year-round ice-breaking ferry across Lake Illiamna, and a 230-megawatt power plant with a 188-mile gas pipeline.[5] The proposed project would fill more than 4,000 acres of wetlands and waters.[6] While this permit application contemplates a 1.2 billion-ton mine with a 20-year mine life, we know this is not the entire mine plan since the deposit is close to 10.89 billion tons and PLP has made clear it intends to expand its operations far beyond what it proposes in its pending permit application. PLP’s own website advertises that it “believe[s]it’s possible that the Deposit may hold a century’s worth of minerals.”[7] In addition, PLP’s President and CEO recently boasted the project is “a multi-generational opportunity. It’s size and scale will lead to a very, very long life mine.”[8]

Concerns about future expansion of the mine are already coming to fruition while many important details about how the mine will operate remain unanswered. PLP’s recent “project update” proposed an increase in the mine size from 1.2 billion tons to 1.5 billion tons of material—with commensurate increases to the volume of tailings, the size of the mine pit, the size of the power plant, and to the amount of road and marine traffic.[9] Additionally, both the original permit application and the “project update” glaringly omit any sort of economic feasibility report, thorough baseline data, and important details about how PLP will mitigate for its impacts or manage ground and surface waters. Without these essential details, there is no way for the public or for permitting agencies to adequately review PLP’s permit application and do the due diligence required to make an informed decision about the potential and likely impacts of the proposed Pebble mine. Because of this and the great public interest at stake, PLP’s application is incomplete and the Corps of Engineers must suspend its review of the proposed Pebble mine until additional essential information is available.

Although PLP’s permit application and supporting materials are inadequate for a thorough and complete review of the potential impacts of the proposed Pebble mine, they nonetheless raise serious concerns:

Because PLP’s permit application is incomplete, the Corps must suspend its review until PLP resubmits a complete application. At a minimum, an updated application must include a current economic feasibility report, comprehensive and up-to-date environmental baseline data, a detailed water management plan and mitigation plan, and specifications for the tailings facility and other related infrastructure. Without these details, it is impossible for the public or the Corps to properly evaluate the potential impacts of the project or consider alternatives that may avoid or reduce impacts. Thank you for your consideration and for the opportunity to provide comments.