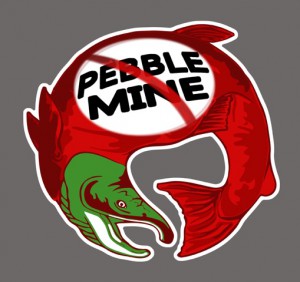 “This is great news coming at the onset of what looks to be a banner season for Bristol Bay fishermen. For too long now we have set out each year with fear and worry about the possibility of Pebble moving forward and threatening our jobs and businesses. Alaska Governor Bill Walker and Senator Lisa Murkowski now have an opportunity wide open to them to change that,” said Mark Niver of Commercial Fishermen for Bristol Bay who takes a break from his North Slope job each year to fish with his sons in Bristol Bay. “The Governor needs to call for a moratorium on mineral exploration in the watershed and just let people go fishing. We need a year where we don’t have this sword hanging over our head.”

Niver also called on Sen. Lisa Murkowski to preserve the credibility of the Federal Environmental Impact Statement process and by calling on the Army Corps. of Engineers to reject and tear up Pebble’s incomplete permit application and halt the EIS process.

“The permit was already full of holes and now the company lacks a backer. To continue the planning process really strains credibility and does all of us in the public a big disservice,” said Niver.

Robin Samuelsen, a lifelong fisherman celebrated the news this morning in his kitchen in Dillingham.

“This is the fourth major company that’s pulled out of Pebble because of the massive environmental risks, lack of economic feasibility and widespread local opposition. Pebble is a bankrupt organization now and will quickly run out of what little money they have with no access to further capital. The Governor now needs to move forward on canceling the mineral leases a reclassifying the land to ensure protection for our jobs and way of life in the Bristol Bay region where opposition to Pebble Mine is unwavering.”

Bristol Bay, Alaska is home to the largest wild sockeye salmon fishery in the world. The 2018 run is forecasted at over 50 million sockeye salmon. Clean water and wild salmon are of utmost importance in Bristol Bay – they supply over 14,000 American jobs, and support an industry valued at $1.5 billion.