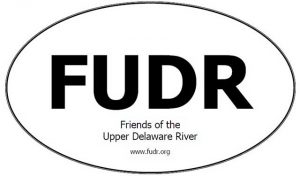 “The Upper Delaware River is a special place and a highly regarded fishery in New York,” said State Department of Environmental Conservation Commissioner Basil Seggos. “Through Governor Andrew Cuomo’s support and leadership, New York State is committed to protecting the Delaware River as a treasured natural resource, wildlife habitat and a vital clean water supply that the region can benefit from now and for our future generations to enjoy.”

“It’s fitting that we come together where the Delaware River begins, as today we can see a new beginning to conserving America’s founding waterway,” said Collin O’Mara, President and CEO of the National Wildlife Federation. “The headwaters in New York provide vitality for wild trout, bald eagles, and countless species of wildlife who depend on the river for life. They also provide the perfect backdrop for these leaders to map how we will restore fish and wildlife habitat, enhance the recreation economy that sustains the region and protect our drinking water.”

The National Wildlife Federation, working with its state conservation partners, launched the “4theDelaware” campaign earlier this year to work with the leaders of the four states through which the river flows – New York, New Jersey, Pennsylvania and Delaware – to enhance restoration and protection efforts. The Federation is partnering with local organizations like Friends of the Upper Delaware River to build grassroots support to accomplish this goal.

“Investing in the protection and restoration of the Upper Delaware River is critical to the economic health of this region. Tourism is the lifeblood of these communities and the river is the centerpiece.” said Jeff Skelding, Executive Director of Friends of the Upper Delaware River. “I’m proud to be here with local, state, and national leaders who work every day to protect the river and the regional economy it supports. The time for strong watershed wide leadership and collaboration to protect the entire river has never been more urgent and it’s fitting that we kick off this effort at the top of the watershed.”

Supporting the State’s growing sport fishing industry with an estimated $1.8 billion in economic activity each year, the Delaware River is the longest undammed river east of the Mississippi. Attendees said that the Upper Delaware River area is estimated to support a $400 million recreational economy, generated by tourism and second home investments, and to supply more than 8 million New Yorkers with clean drinking water. Further downstream, it supplies more than 50 percent of Philadelphia’s drinking water. In total, more than 15 million people get their drinking water from this source.

The Summit coincided with the Friends of the Upper Delaware River’s One Bug Banquet, an annual event that brings 250 people together to celebrate the arrival of Spring and the fly-fishing, paddling and tourist season along with it.