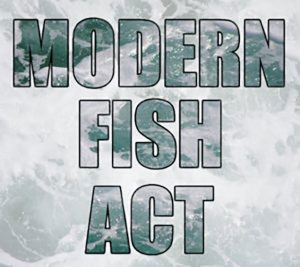 “AFFTA welcomes the bi-partisan efforts that went into improving the Modern Fish Act in the Senate Commerce Committee. Many of the concerns AFFTA expressed with the bill as introduced have been addressed, thanks to the hard work of the committee. AFFTA believes the bill can continue to improve and that these and other issues should be considered as part of a comprehensive, bipartisan reauthorization of the Magnuson-Stevens Act.

“Saltwater fly fishing is the fastest growing segment of the fly fishing industry. AFFTA recognizes
that abundant and well-managed ocean fish populations supported by healthy coastal and
marine habitats are essential to the growth and vitality of the fly fishing industry. AFFTA
remains focused on advocating for improvements to the Magnuson-Stevens Act that advance
science-based fisheries management, increase the accuracy and efficiency of data collection,
and proactively protect fish habitat. Responsible management and access to ocean fisheries,
along with protection of important marine habitats, is imperative to safeguard our industry,
now and for future generations.”