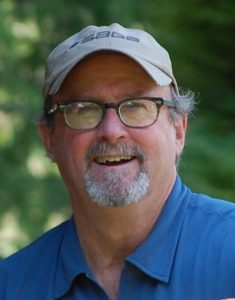 Bale first started with the company in 1987 as a sales rep and transitioned into sales manager for Sage in 1990. In 1995, Bale became the vice president of marketing and sales and held that role through 2011 when he took on the role of international sales director. He briefly held the position as head of sales in 2013 during a transition as well.

“Given Marc’s track record with our company, we are sure he will lead Far Bank sales to great heights in his new role,” said Larry Barrett, Far Bank President and CEO. “With his extensive knowledge of the fly fishing space both nationally and internationally, we look forward to having his expertise working in such an essential role in our organization.”

“My main goal is to keep the Far Bank sales team and sales efforts at the forefront of the fly fishing industry,” said Bale. “I’ve learned in the past three months how greatly the marketplace has changed in the past six years while I have been primarily focused on the international scene, and it is imperative that we stay out in front of all of those changes. Far Bank will remain a leader in this space, and I’m here to ensure our sales teams work hard to continue that trend.”

In 2005, Far Bank Enterprises was created to serve as the holding company for three businesses at the forefront of the fly fishing market: Sage Fly Fishing, Redington, and RIO Products. Sage is recognized as the world leader in high-end performance fly rods, reels, and accessories. Redington is a leading supplier of value-driven fly fishing tackle and apparel. RIO Products manufactures and distributes industry leading fly lines, leaders, and tippet material.