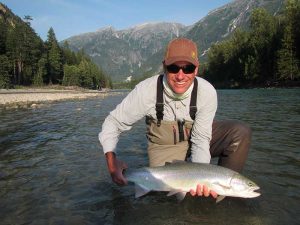 Far Bank Enterprises, Inc., the parent company of Sage Manufacturing, Redington and RIO Products, recently named Larry Barrett as Far Bank’s President and CEO.  Barrett had been in the role on an interim basis since January, when former CEO Travis Campbell left to become president at Smartwool.

Barrett has been with Far Bank since 2005, and previously served as vice president of operations. An avid angler, he has been a member of the board at the American Fly Fishing Trade Association for six years.

“My son recently asked me to describe in one word how I feel when I’m fly fishing,” Barrett said. “The word that came to mind was ‘joy.’ It’s a challenging art form in which success is truly sweet. What a privilege to be able to lead as part of a passionate, committed management team in a context that’s all about fly fishing, and about bringing that joy to others all over the world.”

Stanley McCammon, CEO at Far Bank’s parent company, The Joshua Green Corporation, said that Barrett’s effectiveness with employees, deep knowledge of the company’s culture, and his understanding of key aspects of the business were critical to the board’s decision to make him CEO for the long term.

“We thoroughly assessed the company’s opportunities, and we engaged several other interested individuals in conversation about the position,” McCammon said. “That thoughtful process led the board to the unanimous conclusion that Larry is the right person for the job. The board enthusiastically supports Larry’s leadership.”

Barrett said that his previous eight years at Amazon and studies in mechanical engineering – at Penn State University and the Massachusetts Institute of Technology – infused in him both a passion for innovation and a devotion to the customer.

“Customers rule,” Barrett said. “While we need to constantly modernize and adapt, at Far Bank we’re committed to bringing all of our expertise to bear in a way that enables our retailers to spend more quality time with  customers. We all love fly fishing, and we want to make sure all anglers have an amazing experience whenever they are engaging in our sport.” 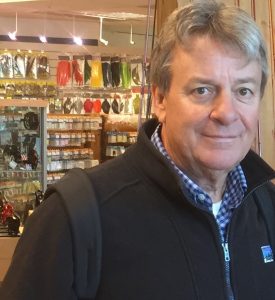 Winston has named industry veteran Jim Murphy as sales manager for both the Winston and Bauer brands. Murphy previously founded three major brands—Redington, Albright and Douglas—and he served as president of Hardy USA.