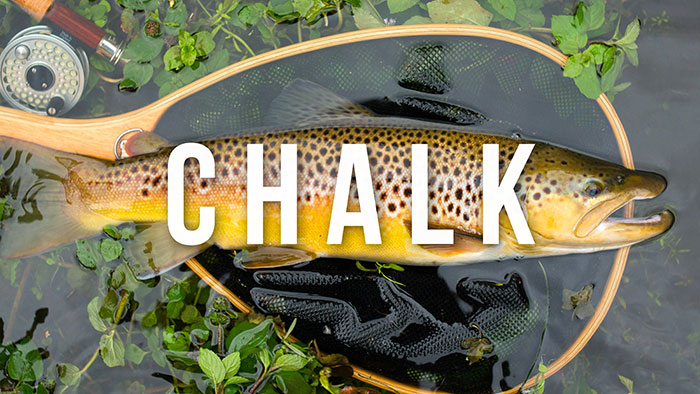 The producers of a new fly fishing film “CHALK” have launched a Kickstarter campaign to fund their project. The feature-length documentary will be a hymn to the chalkstreams of southern England, examining how an accident of geography helped to shape not only the landscape, but the sport of fly fishing.

The team behind the project have a strong pedigree, consisting as it does of fishingbreaks.co.uk owner and author of The Life of a Chalkstream, Simon Cooper, young filmmakers Chris Cooper and Leo Cinicolo, collectively known as Chalkstream Fly, and the Video on Demand platform FishingTV. The combination of Simon’s huge knowledge and connections, Chris and Leo’s skill behind the camera and in the editing suite, and FishingTV’s experience of making and marketing high quality fishing programmes should make this the definitive film about the chalkstreams, something that will stand the test of time.

The project arose from an idea that Ed Burgass, FishingTV’s Commercial director, had been thinking about for some time. “The chalkstreams are talked about all over the world in hushed tones, but very few people actually realise just how special they are, why they are, or the important role that they played in the development of fly fishing,” he said. “I thought it incredible that no one has made a film like this before, really explaining all this about Halford and Skues and the importance of the chalk for the water quality and all that.”

However he also explained that he had always felt that if it were going to be made it needed to be done just so: “It had to be really carefully planned, filmed on the right locations, well-funded. Using a crowdfunding model allows us to have total creative control.” Another appeal, according to Burgass, was the chance to engage with the audience.

“Fly fishing, especially on chalkstreams, has a very elitist image, and we want to try to dispel that myth through this film. We want to reflect that anti-elitist message in the way we make this film, which is why we have some really cool rewards for anyone who chooses to contribute, with the chance to actually be in the film – fishing – or to see early edits and give feedback during the editing process.”

The rewards start from just £3 so anyone can contribute, but for those with deeper pockets there are also some fantastic fishing opportunities up for grabs, including a day of salmon fishing on the Hampshire Avon with FishingTV star Rae Borras, on his private beat, and a day of trout fishing with Orvis Ambassador Marina Gibson. These rewards are limited in number, so anyone keen to take advantage should act quickly.

To find out more about the project, please check out the Kickstarter page.