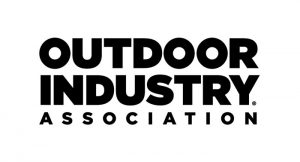 Outdoor Industry Association, representing more than 1200 outdoor businesses nationally, including more than 50 in Utah, today held a call with Utah Governor Gary Herbert in an effort to achieve a common understanding of the value Americans place on our public lands and our right to access those lands for recreation.

OIA was joined on the call by the leadership of Patagonia, The North Face, and REI and Outdoor Retailer.

Unfortunately, what we heard from Governor Herbert was more of the same. It is clear that the Governor indeed has a different perspective on the protections of public lands from that of our members and the majority of Western state voters, both Republicans and Democrats – that’s bad for our American heritage, and it’s bad for our businesses. We are therefore continuing our search for a new home as soon as possible.

“Over the last 20 years, Outdoor Retailer has been in Salt Lake City, generating more than $45 million in annual economic impact,” said Amy Roberts from Outdoor Industry Association. “Further, the outdoor recreation economy in Utah adds more than $12 billion in direct spending, supports 122,000 jobs in the state, paying $3.6 billion in salaries and wages, and contributes more than $856 million in state and local tax revenue every year. We believe these numbers and our values will be of great interest to other states in West.”

Roberts continued, “It’s disappointing Governor Herbert and the Utah Congressional delegation are in a different place than Republican and Democratic leaders in Washington, D.C. and across the country.  Both President Trump and Interior secretary nominee Ryan Zinke have stated their support for keeping public lands public and accessible by all Americans.

“Outdoor Industry Association will continue to support the efforts of Outdoor Retailer to seek a new home for the trade show.”

Roberts concluded stating, “It is important to our membership, and to our bottom line that we partner with states and elected officials who share our views on the truly unique American value of public lands for the people and conserving our outdoor heritage for the next generation.

For several years, Outdoor Industry Association has worked in good faith with Governor Herbert and Utah’s congressional delegation in an attempt to rectify differences in ownership, management, and the economic importance of America’s public lands.

Despite Utah’s robust outdoor recreation opportunities, elected officials in Utah from Governor Herbert and the state legislature, to its congressional delegation, most notably Representative Bishop, the Chairman of the House Resources Committee, have all actively embraced the idea of transferring America’s public lands to the state. A move, that in many states, has already resulted in the outright sale or restricted access to the very public lands that have provided hunting, angling, hiking, skiing, and camping to generations of people seeking to skirt the urban hustle for the outdoors – a uniquely American experience.

It’s a move that has been widely rejected by voters of all stripes. Public lands have defined America and serve as the backbone of the outdoor recreation economy. For the hundreds of outdoor merchandisers, retailers, guides, outfitters, and other recreation service providers, the transfer or sale of America’s public lands is the loss of the very infrastructure that supports our industry.

About the meeting with Governor Herbert

In addition to the issues outlined below, there is a long history of anti-public land sentiment and action stemming from Utah’s state and congressional officials that has led to this discussion, including votes in Congress to support transferring federal lands to states, pursuit of a lawsuit to try and force the transfer of federal lands to Utah, and most recently a resolution passed by the state legislature and signed by Governor Herbert asking President Trump to overturn the Bears Ears National Monument by Executive Order.

In the call with Governor Herbert, the Outdoor Industry Association requested that his administration reverse its position on four items that have been the source of conflict for OIA members.

First, OIA requested that he revoke any support for the sale or transfer of America’s public lands to the states and cease and legal action to that effect.  This was in response to legislative efforts that had passed in the state house and had been championed by Rep. Chaffetz in Washington, D.C. that would have cleared the way or made it easier for states to acquire public lands.

Second, cease on any effort to nullify the Antiquities Act, an authority that grants Congress the ability to designate public lands.  Such would be the case if President Trump were to exercise through Executive Order the removal of existing public lands, and a mantra that has been voiced by the Utah delegation.

Third, we provided an opportunity for Governor Herbert to make good on this commitment by halting any support to rescind the designation of Bears Ears area as a National Monument. A proposal that enjoyed wide bipartisan support from Utah voters and the outdoor industry.

Lastly, the Outdoor Industry requested that the Governor embrace and actively support the outdoor recreation economy’s role in the state by supporting the public lands that provide the backbone of the industries sales.  OIA shared it’s belief that Utah has the opportunity to change course and grow the outdoor recreation economy for the benefit of the Utah tax base and the local based business that call Utah home.

These requests of the Governor were delivered in good faith on behalf of OIA and its membership, and represent the values of the overwhelming majority of Americans on all sides of the political aisle.