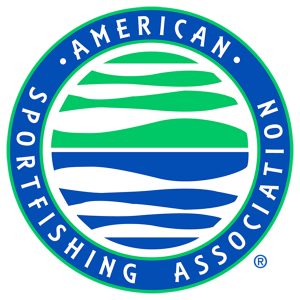 On November 28, the U.S. Senate passed H.R. 4665, the Outdoor REC Act, which would instruct the Department of Commerce and federal land management agencies to provide statistics on how the outdoor industry, including recreational fishing and boating, contributes to the U.S. economy. The legislation, which the House passed earlier this month, now goes to the president’s desk for signature.

“The outdoor recreation industry – including fishing and boating – contributes approximately $646 billion per year to U.S. Gross Domestic Product, or about four percent, of the economy.  Our industry is about opportunities and improving the quality of life for Americans, and it is absolutely about jobs, business and the economy,” said Scott Gudes, Government Affairs Vice President for the American Sportfishing Association (ASA). “This bill will help put our industry sector on the same footing with respect to the agencies that measure and report on the U.S. economy, such as the Commerce Department and its Bureau of Economic Analysis. We look forward to the President’s signature on this bill and thank the House and Senate leaders for their vision and foresight.”

The Outdoor REC Act will guarantee that sportfishing industry jobs and recreational fishing’s economic impact are accounted for as part of the gross domestic product (GDP). It will also ensure that the outdoor industry’s economic statistics be measured in the same way as other sectors, such as the automobile, pharmaceutical and agricultural industries.

A temporary pilot program was enacted by the Secretary of the Interior in April, and the passage of the REC Act was needed to make sure that the outdoor economy—and its estimated 6 million jobs and $646 billion in economic activity—receives official government recognition for years to come.

ASA is an active part of a team representing a wide-range of outdoor industries that will work with the Bureau of Economic Analysis to shape how outdoor recreation is defined and ensure our reach and impact are recognized.

ASA is also actively working with an outdoor industry group – the Outdoor Industry Roundtable – on briefing the incoming administration about the significant impact outdoor recreation has on the economy.

The American Sportfishing Association (ASA) is the sportfishing industry’s trade association committed to representing the interests of the sportfishing and boating industries as well as the entire sportfishing community. We give the industry and anglers a unified voice when emerging laws and policies could significantly affect sportfishing business or sportfishing itself. ASA invests in long-term ventures to ensure the industry will remain strong and prosperous, as well as safeguard and promote the enduring economic, conservation and social values of sportfishing in America. ASA also gives America’s 46 million anglers a voice in policy decisions that affect their ability to sustainably fish on our nation’s waterways through Keep America Fishing®, our national angler advocacy campaign. America’s anglers generate more than $48 billion in retail sales with a $115 billion impact on the nation’s economy creating employment for more than 828,000 people.