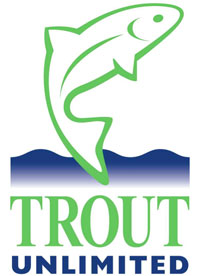 “This was an uncommon and rancorous election, but the outcome is not. As is the case every four years, many are excited about the prospects for the new administration, and many are afraid of what it means for things they care about. I want to take a moment to discuss what it means for our work at Trout Unlimited.

The change in Administration may make some campaigns, such as the effort to protect Bristol Bay, more challenging. The good news is that our campaigns are place-based and emanate from a strong need by local people to protect places they live and love. For example, the desire to protect Bristol Bay begins in dozens of small Alaska native villages in southwest Alaska, the spokes of which extend outward to the commercial fishing industry and to the state capital. It is a made-in-Alaska campaign that will be hard for any Administration to resist.

Policies such as the Clean Water rule will face increased scrutiny. It will be more vital than ever before that we engage our members and other anglers to help explain that protecting clean water is not a partisan issue.

Funding for restoration work could come under threat. And this is why it is so vital to help policymakers, legislators, state and federal agency partners, and private corporations understand the alchemic nature of our work. For every $1 of corporate or state/federal money invested in a TU project, we turn it into $10, and in the process provide high-paying, family wage jobs in communities all across the country.

We have always prided ourselves on our ability to work in a bipartisan manner. Since Trout Unlimited was founded in Michigan in 1959, the organization has existed—and grown—through 11 different presidential administrations (29 years Republican, and 28 years Democrat). For example, several clear opportunities exist for us in the new Congress and with the new Trump Administration; these include Good Samaritan legislation to help clean up abandoned mines, a higher priority on water infrastructure improvements, and public land renewable energy legislation.

Angling is a cultural, not a political issue. Whether it involves securing in-  stream flow legislation in Montana or Utah or passing laws such as the Wyoming Range Legacy Act, we know how to get people from across the political spectrum to work side-by-side toward common goals. This is who we are; it is what we do. The fact that we can cross political boundaries is what makes us so effective. It’s what makes us welcome at the negotiating table.

In the wake of a rancorous debate, many will want to walk around the battle-field and bayonet the wounded. Others will howl in the wind and talk of moving to Canada. Resist both urges. Our work, our entire approach to collaborative stewardship—is more vital—more needed in this country than ever before. The voices of sportsmen and women will be ever more central in the coming years. So few issues bring the country together today. Conservation—the notion that we can take specific actions today, to make the world a better place for our kids tomorrow—may be the one issue that can help to unite an otherwise divided nation.

Challenges lay ahead, but I also see great opportunity to play an even more prominent role in ensuring the future of trout and salmon in North America. Let’s get to work.”

Trout Unlimited is the nation’s oldest and largest coldwater fisheries conservation organization. It boast more than 154,000 members nationwide who are dedicated to restoring and conserving our nation’s trout and salmon and their watersheds.