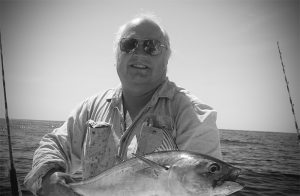 Once the stock recovered, management became lax. And only ten years after recovery, it was again in decline. Anglers in northern New England were the first to notice as the striped bass’ summer range began to contract, and fish became scarce in New Hampshire and Maine.

Despite clear signs of decline, the Atlantic States Marine Fisheries Commission (ASMFC) wasn’t eager to admit that its only successfully recovered fishery was having problems. A 2011 update to the stock assessment warned of “declining total and spawning biomass since 2006,” and predicted that, “Spawning stock biomass will increase slightly in 2011, but decline through 2013… landings of age 8+ fish at status quo [fishing mortality]will decline through 2017.”

New England’s representatives on ASMFC’s Striped Bass Management Board wanted to reduce harvest, but found few sympathetic ears. The majority felt that because the striped bass was not yet facing a crisis due to overfishing, there was no need to take action.

A new stock assessment, peer-reviewed by a panel of international experts, was released in 2013. It showed that overfishing had been occurring and recommended a reduction in harvest. Although such peer-reviewed assessments represent the gold standard in fisheries management, it took ASMFC a full year and three meetings and hearings in multiple states to accept the assessment’s conclusions and impose new regulations designed to reduce harvest to sustainable levels.

The regs weren’t in place for less than a year when some states’ representatives began demanding that ASMFC increase striped bass harvest, based on a slight upward revision in stock size, and two good year classes produced in 2011 and 2015. It’s possible that managers will comply later this year, even though spawning stock biomass remains well below target.

This is an example of a poor way to manage a fishery, in large part because it dilutes the Magnuson-Stevens Fisheries Conservation and Management Act—which governs all fishing in federal waters. Magnuson-Stevens requires that all federal fisheries management plans must be based upon the best available science. ASMFC is subject to no such requirement; it could have rejected the 2013 amendment and let overfishing continue, with no repercussions at all.

Federal fisheries management plans must prevent overfishing. And each federal fisheries management council must establish a Science and Statistical Committee, which establishes an Allowable Biological Catch (ABC) for each managed species. Annual catch limits may not exceed such ABCs and, should harvest exceed the catch limit, regulations must be altered to constrain landings to sustainable levels.

ASMFC sets no annual catch limit. Instead, in the case of striped bass, it merely sets a fishing mortality target and threshold. However, there’s no way to know what the fishing mortality is in any given year unless the stock assessment is updated, and any update takes so long to complete that it has no impact on the following year’s harvest. Managers still haven’t calculated striped bass fishing mortality for 2015, although an update is currently underway.

Magnuson-Stevens also requires—should an assessment reveal that a stock will become overfished within the next two years—that managers draft a plan to fully rebuild that stock within 10 years, if that is biologically possible.

ASMFC is not bound by such legal requirements. And therefore despite the evidence, no effort to draft a rebuilding plan is underway. Instead, we see some states already trying to relax regulations and increase harvest, something that would deal a deathblow to any hopes of fully rebuilding the striper stock.

Unfortunately, they could get their way. Fortunately, at the federal level, there’s a better way to safeguard the health of our fisheries: the Magnuson-Stevens Fishery Conservation and Management Act. Anyone who cares about our saltwater fish stocks should be working hard to keep it intact.