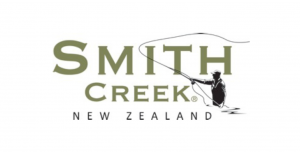 Fly fishing manufacturer Smith Creek® announces the formation of a distribution partnership with US company Hareline Dubbin in Monroe, Oregon.

Hareline Dubbin have been added to the company’s existing network US distributors to
expand its reach and presence in the North American market.

Smith Creek’s founder, Wayne Smith said the new partnership was formed to better serve the
Pacific Northwest and dealers not currently working with their existing distributors or sales
reps. “We have great relationships with our existing distributors and expect Hareline to add to
our success. It’s another win for Smith Creek and we’re excited to be working with them”
added Smith.

Smith said that his company will soon be launching a new product which crosses over into the
spin, bait casting and salt water markets.

Smith Creek® – Innovative, exceptional quality fishing gear designed by fishermen for
fishermen. Company founder Wayne Smith, originally from California, discovered his own
New Zealand paradise while fishing his way across the South Pacific on his sailboat 20 odd
years ago. Being a designer and innovator he continues to think up new and better ways of
doing things.