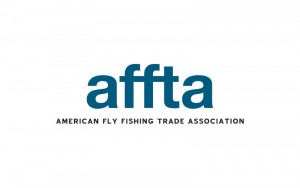 The American Fly Fishing Trade Association (AFFTA) announced today support of the BLM’s final environmental impact statement for the Thompson Divide area in the White River National Forest in western Colorado. This decision cancels 25 of the 65 oil and gas development leases. The 25 cancelled leases were issued but never developed and are in some of this country’s most pristine outdoors.

America’s backcountry represent the last American frontier, where fish and wildlife can thrive and hunters, anglers and others can experience the outdoors in a wild, natural state. Our nation’s roadless lands provide refuge for the bulk of our country’s remaining native trout populations. The Divide’s roadless area that will now be protected from oil and gas drilling provide some of the highest quality habitat for cutthroat trout, big game and other important wildlife species in Colorado and its streams and lakes support critical fish habitat, including conservation populations of native Colorado River cutthroat trout. The now protected undisturbed areas of backcountry in the Thompson Divide provide clean water to more than 15 different watersheds in the region. These include tributaries of the Crystal, Gunnison, and Colorado rivers, and gold medal trout waters on the Roaring Fork River.

With fishing bringing over $850M to the state of Colorado’s economy every year this decision also demonstrates that leaders at BLM and other decision makers in the state understand the value that public lands and waterways bring to the state’s diverse economy.

“The BLM’s decision to cancel these leases and Governor Hickenlooper’s backing of the decision shows that leaders understand this unique area provides benefits to all of us, not just a select few oil and gas companies and their shareholders. This area is a prize of the state and we thank our leaders for recognizing the vast value places like it hold for all of us,” says AFFTA Board Chairman Tucker Ladd and owner of Trout’s Fly Fishing in Denver Colorado.