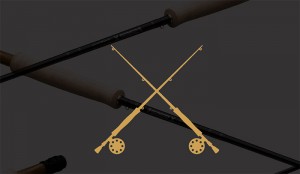 Sage X is living up to the hype.  You saw what I said about it earlier in Angling Trade, and I’m sticking with all of that.  There seems to be consensus building that this is and extremely fast rod action with a high degree of “feel.”  It’s definitely one of the most-cast models on the casting pond at IFTD.  But it isn’t the only one generating buzz…

It was absolutely NO secret that Sage was coming out with a new fly rod this year. In fact, had sage NOT come out with a new rod, THAT would have been a shock to me. That said, the new rod, called “X” is faster than I thought it would be. Probably better than I thought it would be too. Here’s what I said on fieldandstream.com,  and here’s what I have to say about it for the Angling Trade Audience:

I think that “X” is going to be the best-selling fly rod of all time, probably within two or three years from right now, though I will be pleasantly surprised if Far Bank Enterprises (parent of Sage) actually tells me when that happens.

From my vantage point, I see a well-conceived, focused, yet grassroots-up marketing strategy (it’s all about the “buzz”) that the largest fly rod manufacturer in the world has obviously thrown “all-in” behind. This rod series covers the whole fishing gambit, from small trout models through the saltwater realm, even two-handers, so Sage is obviously sold on its own technology.

I also see the market being extremely ripe and ready for this product. Anglers love fast-action rods, and this is a line-speed demon. By that, I mean that it is what the fattest sweet-spot, graphite shaft driver is to every golfer in America—a legit way to help you perform better than you actually are, and take strokes off your game.

Most importantly, I am genuinely sold on the performance and technology on a personal level, and over the past 20-some years of writing about fly rods, trust me, I’ve seen a ton of contenders and pretenders. This one is real, and I will explain why in a bit.

First I’ll give you the promo-speak, if for no other reason than it makes me look smarter than I really am.

From Sage: “Ushering in a new era of performance fast action fly rods, the X will dramatically enhance the way you fish through superior loop control. With our innovative KonneticHD Technology came new inspiration and opportunities in rod design. The X rod’s all-new fast action taper delivers greater blank recovery and a crisper tip stop – creating tighter, more efficient loops throughout all ranges of casting styles. This taper allows you to dig deeper into the rod and access the lower sections, shifting power closer to the angler. Decreased lateral and medial movement and vibrations in the blank result in a more accurate and efficient presentation, resulting in a performance driven, forgiving fast action blank – refining the synergy between angler, rod, line, and fly.”

The unique selling proposition, in sum, according to Sage:

Okay, if you’re like me, you actually get, at face value, about 40 percent of what that really means.

The real test is when you line one up and fish with it, which I started doing, over a month ago, long before the market tremors started to take full effect.

Sure, I was impressed at first shake, and then at first cast. But in the interest of “due diligence” I went down to my home pond and cast the “X” alongside the Scott Radian (which I have professed to be the best fly rod made before), the Sage One (which I also loved, and in some ways, am finding myself hard to budge away from), the Orvis Helios 2 (what I consider to be the original “game-changer” in the modern era) and the Thomas & Thomas Spire (which I simply find dead-sexy). I cast them all with the same two reels (a Sage Click, and a Hatch 4-Plus), and the same two lines (a RIO Perception 5-weight, and an SA Ultimate Trout 5-weight).

Now, if you are expecting a ranking, or a proclamation that I have a new favorite rod, you might be a tad disappointed. But the older I get, and the more rods I fish, the more I accept and understand that what flips my switch, as an angler, may or may not flip yours. It’s becoming even more of a totally subjective deal, because there are so many wonderful options out there that may just marry up to different anglers for lasting, meaningful reasons. What I say, based on how I cast, may or may not resonate with other anglers, and I’m perfectly fine with that. In fact, I appreciate and respect that, more than ever.

But I will say a few things.

First, I have never, in my life, cast a rod that generates this type of line speed, in a manner in which I can feel that line speed being generated, in my hand, through the cork grip, like the “X” does. It’s a more intimate casting experience. Yes, I have boomed big casts with other rods… I’ve even felt the precision just as much (when it comes to accuracy) once I’ve made friends with other fly rods. I’ve just never felt it so deep down to my casting hand at the onset. I think that opens opportunities to understand things like how to match the right line with this rod, and if an angler can dial in on that, they have more legitimate performance freedom.

When I cast, I often look at my loops, and I’m not bragging (I admittedly cannot cast like some of you can), but I do pride myself on driving a pretty tight wedge. Wind doesn’t typically bother me. I’m going to say, looking at the loops I toss with the “X,” that wedge is tightened at least another 2-3 inches, which might not sound like much, but I think it matters a helluva lot, a least in certain conditions.

I hate false casts. Having spent a lot of time in scuba gear in rivers, watching how trout react to different factors, especially flies and fly lines that are cast over them, I know that shadows and motions from above are the primary deal-killers. The “X” is a one of the best “pick it up, set it down” rods I have ever cast. By that, I mean, if you strip tight to the surface with a low rod tip, then load and shoot some line with an aggressive backcast, your forward cast is almost an afterthought. Done deal. Pick it up, load it, point it, will the target, and it goes there. It’s a hopper-to-the-bank, all day long, out of a dory option… and at larger sizes, a banging the mangroves for snook or bonefish, with minimal effort, stick.

Sage talks about the “tip-stop” factor, and normally, I’d take that with a grain of salt… but for the fact that I genuinely noticed that also. It goes, but it stops, and then it drops, with dead-on accuracy. Casting this rod can be like driving tacks from 20 yards. Super precise. Bang, bang, bang.

If I were to ding the “X” on any front, I’d ding it for the same reason I’d ding any fast-action rod. If you’re generating that kind of line speed, and you happen to drop the rod tip even a tad low on final delivery, it’s going to look like someone tossed an M-80 on top of the sipping trout you’re fishing to. Of course, there’s an easy fix for that—elevate the imaginary landing zone a few feet above the water surface (where it probably belongs in the first place) and everything will be hunky-dory. Some of us, including myself, still prefer a moderate, even soft-action rod for the most precise dry fly situations for that reason alone.

But for those anglers who are looking for an all-arounder… something with which they can cast some dry flies, or huck nymphs under a bobber, or even streamers, this is an indisputable “money” rod. There’s no two ways about it. I still love all the other rods I mentioned earlier, and others too. In certain fishing situations, I still might opt for some of those rods over the “X.”

That said, I love the “X,” partly for how it feels in my casting hand and how I am fishing it (we are still building our friendship at this moment), and partly for what I think, as someone who has covered this industry for years, it’s going to mean for the fly shop owners who sell it, and the anglers who fish it.

Maybe the words “game changer” are tired, even over-used, especially in this industry. Let’s just say this. “X” is a legitimate “holy shit, did I just make that cast?” rod, and there aren’t many others of those out there these days.