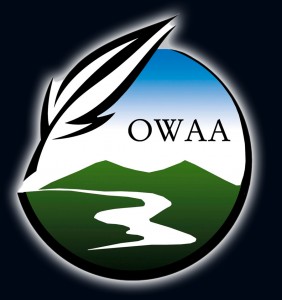 On February 26, the U.S. House of Representatives passed legislation that contained provisions addressing permits and fees for filming and photography on federal public lands. Mark Freeman, OWAA’s most recent past president, provided this update.

With the U.S. House of Representatives passing its so-called Sportsmen’s Heritage and Recreational Enhancement Act (SHARE), there are now competing bills respectively in the House and U.S. Senate addressing commercial filming fees on public lands. Only one of those bills acknowledges journalists’ First Amendment protections and will not force Outdoor Writers Association of America members to seek permits and pay $200 annual fees to gather news and information on and about public lands.

We hope that discussions about how best to meld the two bills into one final version for consideration in both chambers resembles the Senate version that specifically exempts journalists from permitting and fees while conducting Constitutionally protected work on federal lands.

Last fall, the U.S. Senate Committee on Energy and Natural Resources nearly unanimously supported the amended Bipartisan Sportsmen’s Act that sets out the permit structure and fees for commercial filming on public lands. Committee staff on Oct. 1 invited OWAA’s immediate past president Mark Freeman and OWAA executive director Tom Sadler to answer questions about the bill’s language. The ensuing amendment specifically exempts the “newsgathering” process from permits and fees for commercial filming on public lands. It also defines “at a minimum the gathering, recording, and filming news and information related to news in any medium.” That language is in sync with the Constitution’s provision that Congress shall pass no laws infringing the freedom of the press.

Four months earlier, we responded to a request and sent a letter to the House of Representatives in reference to the draft bill H.R. 2406, the so-called SHARE Act of 2015. In the draft bill, Sec. 1301 required annual $200 fees for any commercial film crews of five people or less on public lands, with no exemption for journalists’ Constitutional protections. We shared our same concerns as we did with the Senate staffers, yet the SHARE Act was passed in the House with Sec. 1301 without the exemption for journalists as outlined in the Bipartisan Sportsmen’s Act.

Clearly, both bills are looking for better oversight when Hollywood and Madison Avenue come to public lands to film movies and produce advertisements. The Senate’s Bipartisan Sportsmen’s Act ensures that OWAA members and all other working journalists are not improperly swept up and infringed by this endeavor. The SHARE Act does not.

In the end, we trust the more concise language with the exemptions for journalists’ Constitutionally protected activities in the Senate version will end up chosen as the wiser and proper over the House version.

OWAA is The Voice of the Outdoors®. The Outdoor Writers Association of America® is the oldest and largest association of professional outdoor communicators in the United States. It was organized in 1927 by members of the Izaak Walton League of America and includes professional communicators dedicated to sharing the outdoor experience. OWAA’s professionals include writers, photographers, outdoors radio- and television-show hosts, book authors, videographers, lecturers and artists. The association is headquartered in Missoula, Montana. For more information, contact Outdoor Writers Association of America, 615 Oak St., Ste. 201, Missoula, Montana. 59801; 406-728-7434, [email protected]; www.owaa.org.