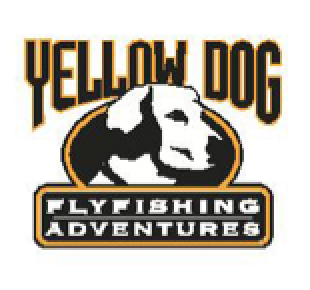 Yellow Dog Flyfishing Adventures, a Bozeman, Montana-based fly fishing travel company, announced the hiring of Jess McGlothlin and Bessie Bucholz, both of whom will be joining the Yellow Dog team in early October and re-locating to Bozeman. Jess has been hired to focus on Yellow Dog’s social media, blogging and photography roles, while Bessie will be launching a large-scale New Zealand program and line-up for Yellow Dog.

McGlothlin joins the Yellow Dog team straight from her recent role as outdoor copywriter at Orvis, a position that evolved to include a host of special projects and photography assignments and on-location photo shoots in Belize, Montana, New York, and Alaska. She has a strong history as a freelance writer and photographer, founding her own company, Jess McGlothlin Media, in 2009. “I’m ecstatic to join Yellow Dog,” McGlothlin shares. “I’ve watched the company for some time, and I’ve always been impressed by their industry-leading strategies. We’re seeing a huge trend toward storytelling in the greater outdoor industry, and the opportunities to build Yellow Dog’s brand and business through an enlarged and more effective web and media presence is exciting.” (www.JessMcGlothlinMedia.com). Jess will split her time in Bozeman between her new role with Yellow Dog and a part-time position as the new Communications Director for the American Fly Fishing Trade Association (AFFTA).

Saratoga, Wyoming native Bessie Bucholz is also joining the Yellow Dog team in early October, having recently returned to the U.S. after three years of living, working and fishing throughout New Zealand. Bessie will head the newly-introduced New Zealand program for Yellow Dog, tapping into her well-established network of Kiwi lodges, guides and outfitters. A graduate of the University of Virginia, Bessie also spent several years guiding in Wyoming prior to moving to Queenstown, New Zealand in 2012. Bessie has travelled extensively throughout the world and has fished in the U.S., Chile, Argentina, Bolivia, Canada, the Cook Islands and all throughout New Zealand. “We’ve been planning the launch of a New Zealand program for several years,” said Yellow Dog co-owner Ian Davis, “although finding the right person to run the project was more difficult than we thought. A strong background, regional knowledge base and time-in-country are all factors that are imperative to doing New Zealand the right way. Bessie brings the kind of in-depth knowledge, hands-on experience and up-to-date familiarity that proved to be exactly what we were looking for. Bessie joining the team will allow us to offer the strongest New Zealand fishing program in the industry.”