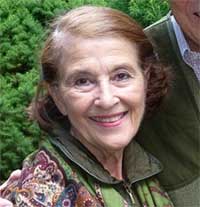 It is with a heavy heart that I am writing to inform you that on Thursday, August 20th following complications during heart surgery, we lost a one of fly fishing’s most influential women, Susie Fitzgerald, co-founder of Frontiers International Travel.

For the past 50 years, Susie has been instrumental in pioneering legendary fly fishing destinations like Christmas Island, Patagonia, Iceland, and the Ponoi River in Russia.

In the late 1960’s and 70’s there were literally no US travel companies arranging quality sporting tours in these locales. In fact, there were very few fishing lodges in general, and almost none of them were open to the public.

Susie and her husband Michael helped change all that.  Their mission was to visit every fishing lodge in the world, set standards for service & accommodations, and become the one-stop-shop for discerning anglers.

Exploratory trips to Brazil for peacock bass, Ecuador for billfish, Iceland for Atlantic salmon, the Yucatan for bonefish, and Patagonia for trout followed. As Susie and Mike increased their knowledge of the worldwide hunting/fishing industry, they built credibility with clients, which have included U.S. Presidents, Fortune 500 CEOs, celebrities, international dignitaries, and more.

Over the past half century, Susie cast and shot all over the world, and built Frontiers into a 60+ employee, $40 million+ in sales adventure travel behemoth. Her children Mike and Mollie now run the operation.