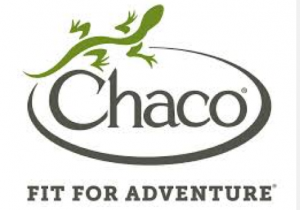 Born on the water, adventure footwear brand Chaco partners with a variety of conservation organizations, outfitters, and brands to celebrate rivers in April. Chaco, the official footwear sponsor of O.A.R.S. outdoor adventure guides, is collaborating with American Rivers on an exciting film project documenting conservation efforts in the Grand Canyon. In addition, Chaco has partnered with fishpond to build custom webbing sandals for fly fishing, with a portion of the proceeds from every sale benefiting the Western Rivers Conservancy.

“Rivers are core to Chaco’s identity, so relationships with organizations that love, promote, and protect rivers, and expand people’s experiences on them, are true to our roots,” says Josh Weichhand, Chaco marketing associate. “With great footwear and incredible partnerships across many aspects of river culture, Chaconians are well prepared to celebrate April as river month with us.”

American Rivers protects and restores wild rivers to leave a legacy of healthy waterways for future generations, so an alliance with Chaco is only natural. To enhance this partnership, Chaco created a limited edition, river-inspired wrist wrap made from jacquard webbing similar to that used in its sandals. In addition, Chaco, American Rivers and NRS are co-sponsoring “The Important Places,” a short film about protecting the Grand Canyon. The film will premier at the 5 Point Film Festival in Carbondale, Colorado, at the end of April. Finally, to further support American Rivers, Chaco is making a cash donation to support its work protecting rivers across the country.

Since its inception, Chaco has been the footwear of choice for river outfitters, and the brand is reaffirming its roots with a new sponsorship agreement with storied guide service O.A.R.S. Chaco is now the official footwear sponsor of O.A.R.S and its over 300 guides and river staff working rivers from the Grand Canyon to Bhutan.

Finally, to extend its visibility among river enthusiasts of all kinds, Chaco recently collaborated with fly fishing manufacturer fishpond on a custom webbing design that benefits the Western Rivers Conservancy (WRC). Starting this month, fishpond offers Chaco Flip and Z/2 models in fishpond-specific webbing, with $2.50 from the sale of the Flips and $5 from the sale of the Z/2s going to the WRC. WRC works to protect river ecosystems in the western United States by acquiring habitat and providing public access.

Visit Chaco’s river experience site at http://www.chacos.com/us/en/rivermonth for more information on their programs.

Born on the river in 1989, Chaco builds premium footwear for the outdoor-minded. As a result of the brand’s proprietary LUVSEAT™footbed, the American Podiatric Medical Association (APMA) has awarded the Seal of Acceptance to many Chaco footwear styles.  The APMA Seal is intended to raise awareness by identifying products of exceptional quality that are manufactured with comfort, health, and safety in mind. Simply put, Chaco is fit for adventure. Please visit us at www.chacos.com, Facebook: Chacos, Twitter:Chacousa, and Instagram: Chacofootwear.