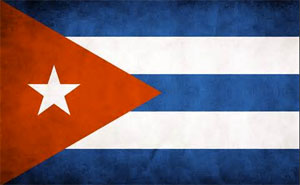 So President Obama, at the urging of Pope Francis, and with the obvious buy-in from Raul Castro (why not?) has decided to fast-track normalization of relations between the Washington and Havana.

Frankly, in the grand economic scheme, that’s probably a windfall for America, as Yankee exports will far out-strip the influx of quality cigars, or rum, or anything else Cuba has to offer.

But there is this tiny niche consideration of fly fishing, and the fact that gringo anglers will soon have some of the best saltwater flats in the Western Hemisphere available to them.   Thing is, one must wonder whether or not the bounty that awaits is “all that,” and more importantly, if Cuba itself is ready to handle the impending influx.

On the one hand, Cuba fishing has been wide-open for years, for everyone but American anglers, and many of them have even made the trek, if off the legal radar.  It’s not that those fish and those flats haven’t seen flies ever before.  On the other hand, the fact that Cuba is so damn close to Miami, and so many anglers have been jonez-ing for years to visit (maybe experience some of the Hemingway heyday…) leads one to believe that a boom is in store.

We asked Jim Klug of Yellow Dog, the premier fly-travel source in America, and here’s what he had to say:

“The moment this news was announced, our phones literally blew up!  We must have had over a hundred calls that first day alone.  People are ready to fish Cuba, and they are chomping at the bit to go there.  The reality, however, is that the infrastructure for guided fishing – legitimate, professional guided fishing – is only so large.  Most spots are already booked for 2015, and quite a few for 2016.  The attitude that people need to have is to take their time, realize that nothing about the Cuban fishery is going to change, and do it right. Get in line, and fish with the right people down there.

“Another thing to realize is that this is not a situation where the fishery has been totally closed and untouched by the hand of man for the past 60 or so years.  The operator that we work with has been guiding and fishing clients down there for close to 20 years – Europeans, Canadians and plenty of Americans!  It is not the untouched Disney-esque fishery that many Americans think it is.  It is an amazing fishery, and one that is well worth visiting, but it is still a saltwater destination subject to the whims of weather, conditions, fish behavior, etc.”

Stay tuned.  The smart retailer will see this as an opportunity… but they’ll handle demand with insight.