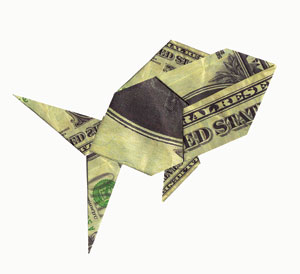 One of the challenges conservation organizations now face is convincing the general public that protection of natural resources is as important, or more important, from a purely economic standpoint than the development of those resources for commercial or industrial uses.

The Pebble Mine issue is a familiar example for most of us.  While pro-mine forces promise jobs and an abundance of mineral wealth if the project moves forward, the potential trade would be what is already one of the world’s most prolific commercial and sport salmon fisheries.

For the record, here’s where the Pebble Mine situation stands right now, according to Scott Hed, director of the Sportsmen’s Alliance for Alaska:

We’re also seeing more detailed analysis of the economic advantages of sport fishing from other regions.

A report recently released by The Billfish Foundation (TBF) reveals that sportfishing has been a major factor in attracting tourists to Panama providing a valuable fishing-based economic lift to the country. In 2011 (most recent data), 86,250 visitors fished in Panama. Those anglers and the rest of their travel companions spent $97 million on charter boats, fuel, food, lodging, and other related expenses. The number of anglers visiting Panama has doubled from 2001 to 2011 and the surge could only be the beginning, provided that fishing remains great and consumers are made aware of it. For every U.S. angler that has visited the country, eight more are interested in Panama as a fishing destination. If each interested angler was enticed into visiting, it could translate into an additional $776 million for the Panamanian economy. The study, entitled “Sportfishing in Panama: A Natural Economic Gold Mine,” was conducted by Southwick Associates with critical on-the-ground support from Vista Group-Panama, OCEARCH, and TBF Scientist Dr. Russell Nelson, and was funded by Panamanian government agency SENACYT.

We expect this to be a prominent theme at ICAST and IFTD, and we will pass along other examples and discussion points as they are available.

The bottom line is that retailers must be better educated on the financial impacts that conservation efforts have on supporting their businesses and the interests of their customers, and we intend to help that process.