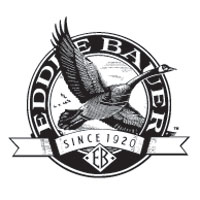 Retail power Eddie Bauer is amping up efforts to market its own branded fly-fishing products, and the company has enlisted some high profile talent to help, including AFFTA board member and founder of Deneki Outdoors Andrew Bennett, and Emerald Water Anglers’ Lucas St. Clair.  From Eddie Bauer:

“Born and raised in Fairbanks, Alaska, Andrew Bennett grew up with a lov of the outdoors passed on from his family. Even while pursuing a successful career in the software industry, his passion for fly fishing never waned and he sought to build a long-term career that further fueled his interests in the outdoors. In 2004, Andrew founded Deneki Outdoors and has since led the company’s expansion to operate fly fishing lodges in Alaska, British Columbia, and the Bahamas. He also has served as a member of the American Fly Fishing Trade Association board since 2011. While both roles keep him busy, Andrew still makes time to go fishing in either fresh or saltwater whenever possible.

“Lucas St. Clair learned how to fly fish having spent his childhood in the north woods of Maine. His love for fishing not only fueled his interest in outdoor adventure but also the culinary arts. After studying at Le Cordon Bleu Culinary School in Paris, Lucas opened his own restaurant on the coast of Maine, bringing nature’s fresh bounty to the table. Even then, he found himself out on Maine’s lakes and rivers every week, and felt the need to experience fishing western waters. In 2007, Lucas moved to Seattle where he joined up with outfitter Emerald Water Anglers, guiding anglers on the trout and steelhead rivers and beaches in the Pacific Northwest. He returned to Maine in 2012 and continues to guide as Emerald Water Angler’s regional specialist.